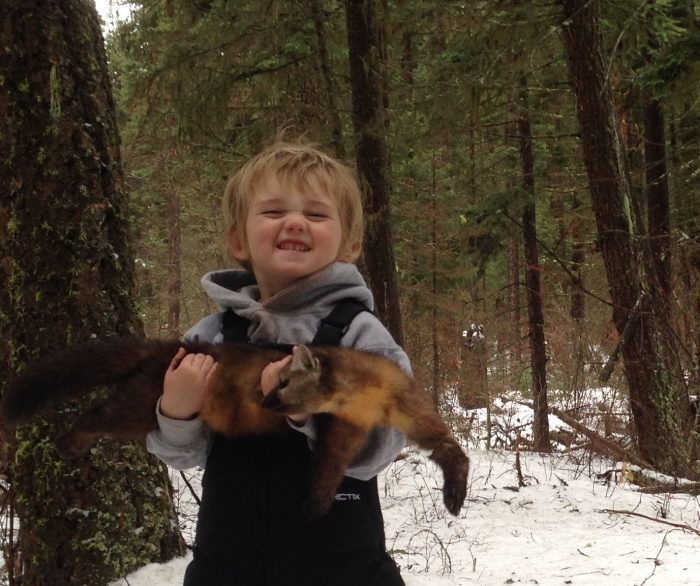 What is Ballot Initiative 177 REALLY About?
By Toby Trigger

Montana boasts over 30 million acres of state and federal lands with a population of just over one million people.  Much of those 30 million acres are remote wild lands hidden behind towering mountain peaks or amidst vast stretches of ranch lands.  With the exception of a handful of ranchers the only people out there are hunters and trappers.

It seems that with those kinds of numbers there should be enough room for everyone. But insert animal rights logic into the equation and you’ve got Ballot Initiative 177 (I-177).  I-177 will be on the November Ballot in Montana and it aims to strip the use traps of ANY KIND on public lands from fur trappers.  The only trappers allowed if this passes will be employees of the state of Montana for wildlife population control or to remedy depredation issues.

THE BALLOT ISSUE AND WHAT’S BEING DONE TO WIN

Following three failed attempts by animal rights activists to gather 24,000 signatures between 2010 and 2014 the organization Trap Free Montana finally paid signature gatherers about $60,000 between September 2015 and Jun 2016 to obtain them.  If it doesn’t seem fair to you that paid signature gatherers can be used for political campaigns welcome to the club.  The reality is that they can and did just that.

The official count came in earlier this year on July 1st and by July 14th a dozen conservation organizations assembled  in a small western Montana town to form an official Ballot Initiative Committee now registered as “Montanans for Wildlife and Public Lands Access” (MWPLA).

This committee is dedicated to fighting I-177 and includes talented people from organizations like the Montana Trappers Association, Montana Sportsmen for Fish and Wildlife, Rocky Mountain Elk Foundation, Big Game Forever and the US Sportsmen’s Alliance (USSA).

This issue is really two-fold: the first being a restriction on the use of a much needed wildlife Management tool; trapping.  The second is an infringement on the rights of a single user group to use “PUBLIC LANDS”.  The danger in allowing a special interest group to determine through any means who can or who cannot use lands that are public is astronomical.  Where does it stop?  What if suddenly a group made an argument against the use of horses or mountain bikes or ATV’s on public lands?

Oh wait, that has already happened here in Montana and elsewhere!  But this is the first time that traditional-public-lands-use has been threatened by a ballot measure in Montana.  Opponents of Montana’s multi-use public lands philosophy are hoping that a trapping ban is the way to open the door to removing more activities from public lands.

With money and a deceptive campaign, so called environmental groups can sway 51% of the voters towards their issue.  And unfortunately we have got to fight and win as many times as they come at us in order to keep it but they’ve only got to win once to take it away.

MONTANA IS A BATTLEGROUND STATE.  WHAT’S THAT MEAN?

None of this seems fair but we do have a plan to stop this from continuing.  The first step in our plan is to defeat I-177 and even with all the generosity and outpouring of support we are still short on funds.  And to be clear, MWPLA doesn’t just want to defeat I-177, we want to defeat it by such a large margin that the animal rights activists don’t want to come back for a long time.  And we know we can do it.

Montana is a battle ground state.  Sportsmen battles won or lost here affect the battles that we know are imminent in other states.  Federal protections of species instead of local state management, CITES export tags, wolves, lynx, fishers and lions are all issues connected by the same groups who have trappers in their crosshairs.

Anything you or your respective organizations can do is needed.  The money will be used by honest people to fight a dishonest opponent.  We’ve got a well organized team and with your help we will be well funded too.  Now is the time for trappers to unite.  Our heritage and our way of life are under attack in a state where no one ever thought it could happen.  Help us defeat I-177.  It’s the momentum we need to go on the offensive and with your support we can do it.

Toby Walrath is President of the Montana Trappers Association, Local Field Director for the Sportsmen’s Alliance and a consultant to the MWPLA Board of Directors dedicated to defeating I-177.