Common Sense or Nonsense (with Colonel Smoothbore)
By angelamontana

Recently, in a Burlington Washington mall, Arcan Cetin, a Turkish national, shot and killed five people. Cetin was under a court order prohibiting him from possessing a firearm. Cetin used a Ruger 10/22 to carry out his deadly rampage. I have been unable to find how Cetin acquired the gun, but reports state his father owned a 10/22. You might be wondering why I am discussing this tragic incident; a couple of years past an initiative was passed in Washington State that was supposed to stop people like Cetin from obtaining a firearm and committing mayhem and murder. Obviously, in this case it failed miserably. 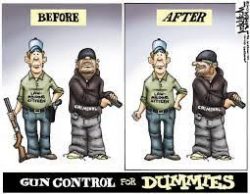 Basically, the measure passed in Washington pretty much required universal background checks not only for private sales of firearms, but also for a change of possession. In other words, if you choose to loan your hunting rifle to a friend for a weekend, a background check and transfer is needed; same thing when your friend returns your gun back to you. Each check and transfer is costly, usually at least $25.00 or more and time consuming for rural residents, and it appears that many law enforcement agencies are selectively enforcing the law’s provisions. This election similar initiatives are being touted in other states, most notably Nevada and Maine. Dozens of law enforcement individuals and organizations are strongly condemning the measures as being unenforceable and frankly, a waste of scarce resources as they do little if anything to stop crime. Criminals, by definition, don’t follow the law and will not undergo a background check before engaging in crime. For all practical purposes laws like these do nothing to stop or even inhibit crime, they simply criminalize perfectly normal, legitimate behavior of law-abiding citizens.

A few weeks ago the Missoula city council passed an ordinance very similar to the law in Washington State. This measure had been debated for a long time. Proponents claim that the law will prevent criminals from buying guns “on the street.” It is in effect only within the confines of the Missoula city limits. Already MPD has stated the law will be selectively enforced and gun dealers in the city have stated they will not perform the necessary checks. Although the Missoula City Attorney claims legitimacy, the ordinance appears to be in direct conflict with Montana law, both Governor Steve Bullock and republican challenger Greg Gianforte have stated they believe the ordinance is illegal and as such unenforceable.

The Washington State law and those on the ballots in other states, as well as the Missoula ordinance are strongly supported by Moms Demand Action for Gun Sense in America. This is a Michael (I know what is right for you) Bloomberg funded organization that claims to support measures that make us safer. “Moms” does not offer one single firearms safety or training course, they have offered “studies” that supposedly support their positions. These “studies” have been proven to be shams, full of lies and meaningless false conclusions. 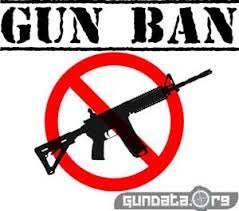 During debate, claims were made that the Missoula ordinance would prevent suicides. Numerous peer-reviewed studies have shown that access to firearms has little effect on suicide rates. Firearms ownership in Japan is nearly nonexistent yet the suicide rate in Japan is many times higher than that of the U.S. During debate, one of the councilors offered the old tired adage “… if we can save one life…” My answer to this inane argument is if you truly want to save lives, ban alcohol and drugs in the city. Oops, we already tried that, didn’t work too well. 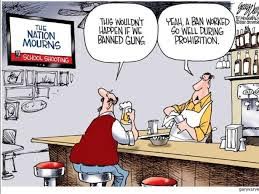 I believe the folks who passed this ordinance, for the most part, are well-meaning and would like to stop crime, but others use such law to pursue their own political agendas; measures like this rarely if ever do anything to stop tragedies. They simply complicate gun ownership and as I stated earlier, criminalize harmless law-abiding behavior. I find little common sense in making bad guys out of the good guys; honestly it is nonsense.