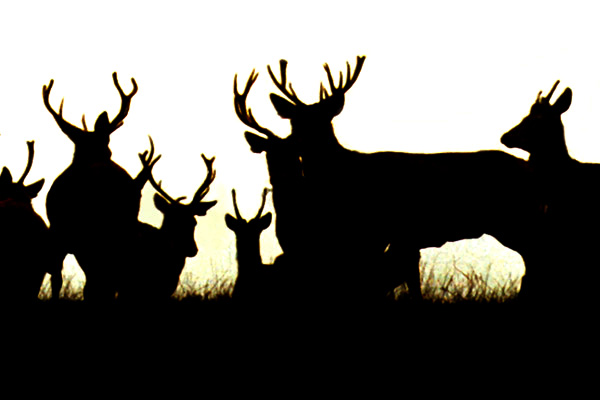 Harvest slows in Region One
By Moosetrack Megan

FWP Wildlife Manager Neil Anderson notes that the number of hunters and the percentage of hunters with game declined from the highs observed in the opening weekend.  After two weeks whitetail buck harvest was similar to last year.  This was expected as the opportunity to harvest antlerless white-tailed deer on a general hunting license ended Friday the 28th for hunters 16yrs old and older.   “Even though the weather cooperated on Saturday, it was a slow day for check stations,” Anderson said. “Typically we see a decline in hunter success the second weekend because   deer are more wary after having a week of hunters in the field and rut has not yet started.”

Anderson reminds hunters only antlered white-tailed deer may be harvested on a general license in most hunting districts. Youth hunters 15 years of age and younger, and people with disabilities permitted to hunt from a vehicle, can take antlerless white-tailed deer through the end of the season.

Hunters are reminded that elk hunting is brow-tined bull only and spike elk are not legal game.  These regulations apply in most Region One hunting districts.  Hunters are encouraged to check the Montana hunting regulations for the district they plan to hunt before heading out to the field. Hunters are also reminded to be bear-aware and properly store food and manage carcasses properly both in the field and at home.