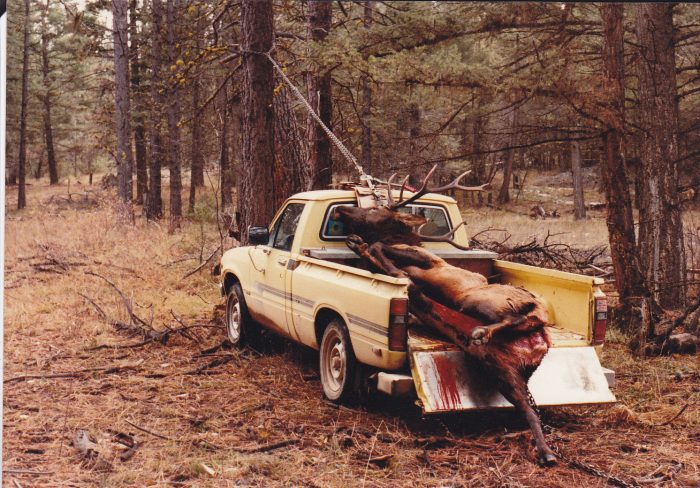 I remember my first few years of hunting when I couldn’t sleep all night before the season opener.  It wasn’t anticipation of killing something, it was the excitement around the whole day.

My Dad, other family members and friends would spend the evening talking about past hunts and old time hunters who made good on shots under the worst possible conditions.  Like sideways snow and deer bounding at 20 foot strides.   I’m sure some of those stories were true.  The one’s that weren’t –  blended in just fine and no one seemed to care one way or the other about their validity.

Now, decades after those tender first years my own stories about people, big bucks and bulls and incredible shots have replaced some of the old woodsmen lore told around campfires by the old timers in my early years.  I wonder if they felt the same way that I do now.  As if those years are holding on by the thin fabric of a story and the only life left within those beloved characters is dependent on how well I can re-tell the tale.

I’m left hoping that my rendition of the day my Grandad shot at a deer running uphill causing him to skid to a stop shaking his head will be good enough to keep his memory alive.  Will it?  I don’t know, but I hope so.  It was one of the few times the WWI veteran ever missed.  The bullet fired from his .303 Savage lever action stung the ear of that old buck causing him to stop long enough for a second shot.  That one didn’t miss.

Or the Thompson Brothers who never went a year without filling their tags, even in years when game numbers were scarce.   Or that buck my Dad tracked in the snow one cold winter day. He couldn’t find any blood in the snow  but was certain he hadn’t missed.  The consistency of the snow that day was so fluffy and cold that the blood trail was hidden as droplets somehow disappeared under the snow hiding the crimson red from view.  It was only after kicking in the snow around the tracks that the red appeared.  Dad tracked that buck 100 yards on snow without ever seeing any blood on top of it.  If it weren’t for his certainty of a good hit and persistence, he might have walked away convinced that he had missed.

It’s opening day 2016 now.  Hopefully you’re reading this on your cell phone as you’re waiting for  the sun to rise or you just got back from a long day in the great outdoors and are just getting around to checking out the Montana Outdoor Radio Show.  Either way – opening day is the first day of the rest of season. 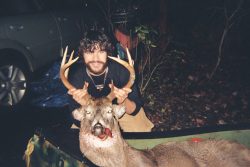