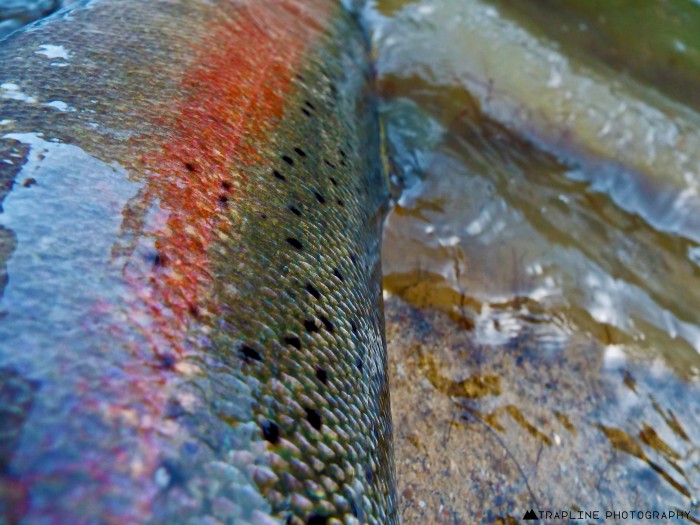 Consistent rain has caused river flows to increase considerably. Currently the Salmon River is flowing at 2,020 cfs through the town of Salmon which is 157% of average for today’s date. On Sunday the river’s visibility was cloudy in all surveyed location codes. 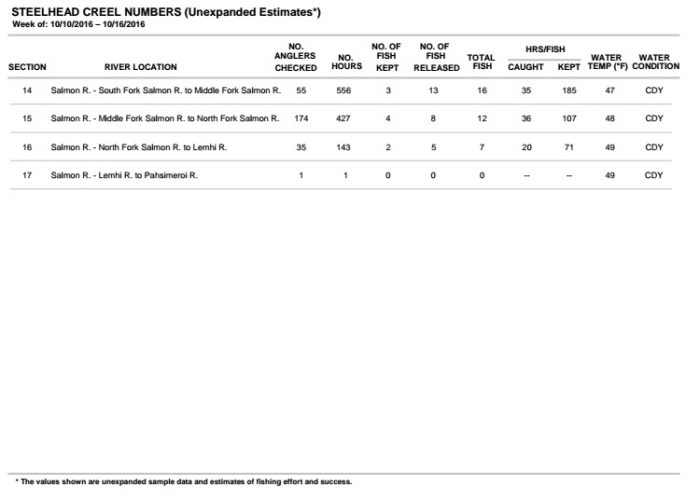