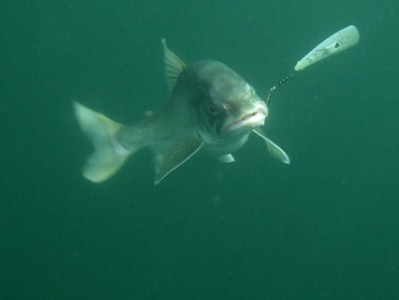 Four hundred sixty nine anglers registered for the 2016 Fall Mack Days Fishing Event sponsored by the Confederated Salish and Kootenai Tribes on Flathead Lake with Up to $150,000 in Cash and Prizes. One hundred seventy eight anglers turned in a total of 17,527 lake trout entries in forty five days of lake trout fishing. The 2016 Fall Event ranked third highest in numbers entered for a Fall Event since the events began in 2002. The highest total of 19,525 were turned in in 2015 and second highest of 18,357 was turned in in the 2011 Fall Event.

Laurie Kries of Huson turned in 190 entries to win the Ladies Category. Brandy Hilde of Whitefish was second with 142, 3rd Jeanee Mooney of Missoula with 127, 4th Gina Schiff of Whitefish with 82, and Deb Amdahl of Kalispell 5th with 53.

Winning the 12 and Under Category was Dawson Adley of Pablo with 10, 2nd Matt Kreis of Huson-8, 3rd Hayden Hall of Missoula with 3.

Golden Angler Larry Karper with 648 entries placed in the Top Ten which disqualified him from winning a cash award in the 70 and Over Category. Winning 1st was angler Bob Christensen of Missoula with 240 and 2nd went to Glenn Hoffman of Missoula with 175. Bear Malatare of Arlee won a 3rd place drawing and Gail Parsons of Kalispell won a 4th place drawing.

David Kanniainen of Lolo won one of the two smallest fish prizes with a 153mm lake trout and Randy Collins of Kalispell won with a 163mm laker.

Spirit of the Event winners of custom made knives by Bob Crowder of Thompson Falls were Randy Hovet of Charlo and Bobbi Hereford of Missoula.

Powell Rods sponsored special rods for the overall numbers of lake trout caught by a male and female angler Tuesday through Sunday. Winning those rods were Mike Benson with 2,111 and Laurie Kries with 190.

Mack Days is made a success by the hard work, dedication, and commitment of every angler who fishes the event. They are out on the lake every day of the event on the sunny nice days, rainy days, and windy rough water days. They are who bring in the numbers of fish with hours and hours of fishing on Flathead Lake as their workplace. Thank you to all of them for the success of the event that is sponsored by the Confederated Salish and Kootenai Tribes to reduce the non-native lake trout in Flathead Lake.