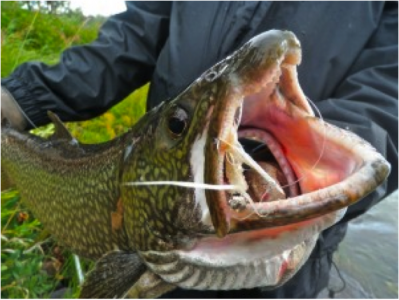 A total of 14,688 lake trout entries have been received so far during the event. Friday’s total entries were 638. Saturday was a beautiful day on the lake and the fish were biting well a total of 905 lake trout were entered, and on a blustery, cold, and rough water Sunday a smaller catch of 381 lake trout were entered. There are six days of fishing left in the event. Anglers fish Tuesday-Thursday for bonus amounts and tagged fish and Friday through Saturday this week for the contest portion of the event. Sunday is a separate day with separate prizes for the day. All fish are to be turned in by 3:00 on Sunday the last day with the fish fry beginning at 3:00 and awards at 4:00 at the Blue Bay Campground.

The Confederated Salish and Kootenai Tribes sponsor the eight week-long event with Up to $150,000 in Cash and Prizes available to the competing anglers fishing from shore or boat. The events are used as a management tool to reduce non-native lake trout in Flathead Lake and increase the native bull trout and westslope cutthroat trout. Mack Days are sanctioned by Montana Fish, Wildlife, and Parks. Entries continue to be taken until the last day of the event. There is no entry fee. The tribes offer a special $13 combined use and fishing permit for the south half of Flathead Lake to anglers. Go to www.mackdays.com for information.

Marty Herak of Charlo won the third day of the Heaviest Bucket of Fish competition with four lake trout in a bucket that weighed in at 23.75 lbs. Overall winner of the three days of that competition is Richard and Laurie Kreis of Huson with 20 point overall, 2nd place goes to Monte and Donna McPherson of Silverdale, WA with 14 points, and third place goes to Roger and Gina Schiff and Jerry Luderman of Whitefish with 12 pts.

Laurie Kreis of Huson is in first of the ladies category with 174, Brandy Hilde of Whitefish 2nd with 119, Jeanee Mooney of Missoula 3rd with 109, Gina Schiff of Whitefish if 4th with 76, and Deb Amdahl of Kalispell is 5th with 53.

Tyler Varga of Kalispell holds onto 1st in the 13-17 group with 53, Danner Shima of Kalispell 2nd with 12, and Ayden Tripp of Missoula is third with one.

Larry Karper is first in the 70 & Over category with 601, Bob Christensen of Missoula 2nd with 175, 3rd Glenn Hoffman of Missoula with 164, Leonard Lewis 4th with 109, and Gerald Luderman of Kalispell with 41.

It is not too late to come out and enjoy a day of fishing during Fall Mack Days on Flathead Lake. Shore fishing is picking up and boats are using all techniques and methods to catch the lake trout. All it takes is one fish to win!