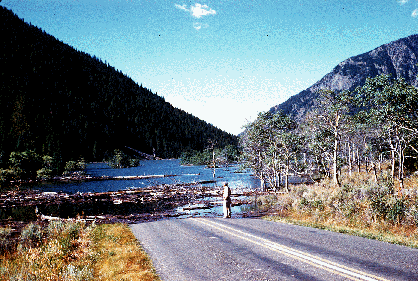 If you’re looking for a new fishing hole, then Quake Lake might interest you…

But, before you go, here’s some history you may not have known about the lake:

Pine tree-peppered mountains frame a serene, deep blue lake. Fish are jumping, birds are singing, and you can immerse yourself in all of the natural serenity that Montana’s wilderness has to offer. This, however, is no ordinary lake, and its tranquil existence came about in a stupendously violent manner that intrigues geology geeks and disaster chasers alike.

Quake Lake, the 190-ft.-deep, 6-mile-long body of water officially known as Earthquake Lake, was created by a seismic event like a catastrophic scene out of a doomsday film. When the earth quieted and everything settled into place, 28 people were dead, the landscape was forever changed, and Quake Lake emerged as a new addition to the area in less than a month’s time.

In August of 1959, a 7.3 earthquake sent 80 million tons of earth and rock screaming down into the canyon toward Madison River at 100 mph. Oblivious campers along the river and on the banks of Hebgen Lake couldn’t possibly have imagined what the angry land had in store for them. Faulting caused by the quake shifted the lake violently, sending a wave of water and high-velocity winds barreling toward the Hebgen Dam. 20-ft.-high fault scarps jutted into the air, while geysers erupted into the sky. The earth’s crust underneath Hebgen Lake dropped 19 ft. in a matter of seconds, and three sections of Highway 287 tumbled into the water. When the dust settled, hundreds of vacationers were trapped, and 28 lives were lost in the chaos.

The dam, a rock fill structure with a concrete core built in 1917, miraculously held up during Mother Nature’s barrage of punishment, and was repaired within a few weeks. The rubble from the landslide had settled in the canyon, directly in the path of Madison River downstream from the dam, blocking the water flow almost completely. In less than a month, Quake Lake was outgrowing its newly-formed home, and the U.S. Army Corps of Engineers had to enact one of the largest mobilizations in the western U.S. to construct a spillway for relief.

Now, all is calm. The lake is established, the dam holding fast, and 38,000 acres of canyon are now known as the “Madison River Canyon Earthquake Area.” A Visitor Center, located on Highway 287, showcases information on wildlife, geology, and the earthquakes of the Greater Yellowstone Area. Northwest of the Visitor’s Center is the Memorial Boulder, a hulking dolomite example of what nature moved that day, fitted with a bronze plaque engraved with the names of the dead. (via Atlas Obscura) 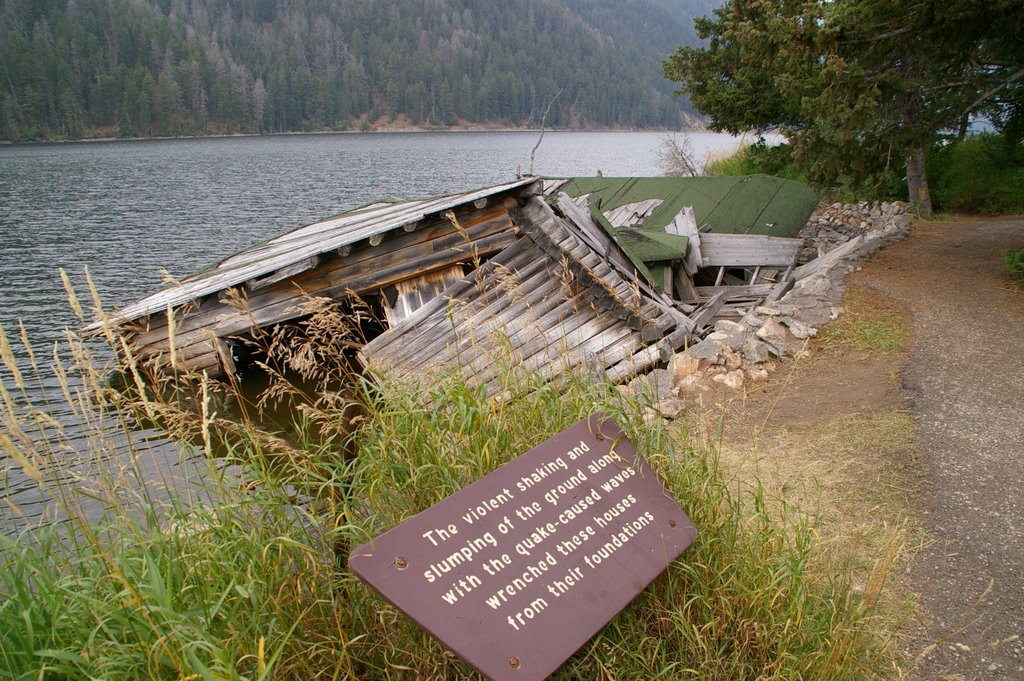