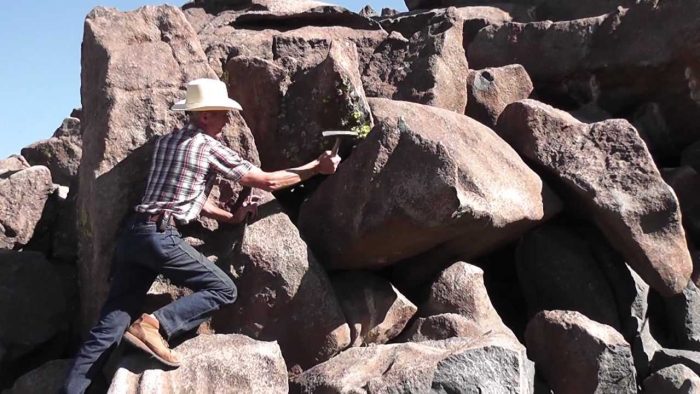 Using rocks as instruments goes back a very long time. Known as “rock gongs” they were rocks which could be struck and produced a melodious resonant sound, and were used in Africa. In Vietnam they built a form of “Lithophones” or musical instrument built from rocks, and some of these instruments date back nearly 2000 years. In Korea they built Pyeongyeong, while prehistoric lithophone stones have been found in Orissa, India. All of which points to the fact that when humans find stones that can make music, they tend to take note. (via Atlas Obscura)

There is something interesting about the pile of rocks that is known as the “Ringing Rocks of Montana” located just outside of Butte.  This curious pile of rocks is said to make a chiming noise when tapped with a crescent wrench or mallot.  Even more interesting, a rock won’t make the same noise once it is removed from the rock pile.

The thousands of rocks apparently give off different pitches and timbres.  According to Wikipedia, “ringing rocks are also known as sonorous rocks or lithophonic rocks, as used in idiophonic musical instruments called lithophones.”  Over the years, many scientists became interested in the ringing rocks, however “none were able to formulate a credible theory on the ringing ability of the rocks or the formation of the boulder fields.”

There are said to be only two places with rocks like this in the United States, and there are locations in Pennsylvania.  However, individuals have claimed to have seen rock formations such as this in the south central part of the US, too.  Below is how you can check them out in Montana yourself.

How to Get There:

This unique geological formation is located approximately 18 miles east of Butte and north of I-90 on BLM land just beyond the Pipestone trailhead. The rocks in this unique geologic area chime when tapped with a hammer.

Take Exit 241 (Pipestone) from I-90 and travel east on a gravel road (parallels interstate) for about three-fourths of a mile, then turn north on a gravel road, cross the railroad tracks and continue north for approximately 3 miles. A high clearance vehicle is recommended. 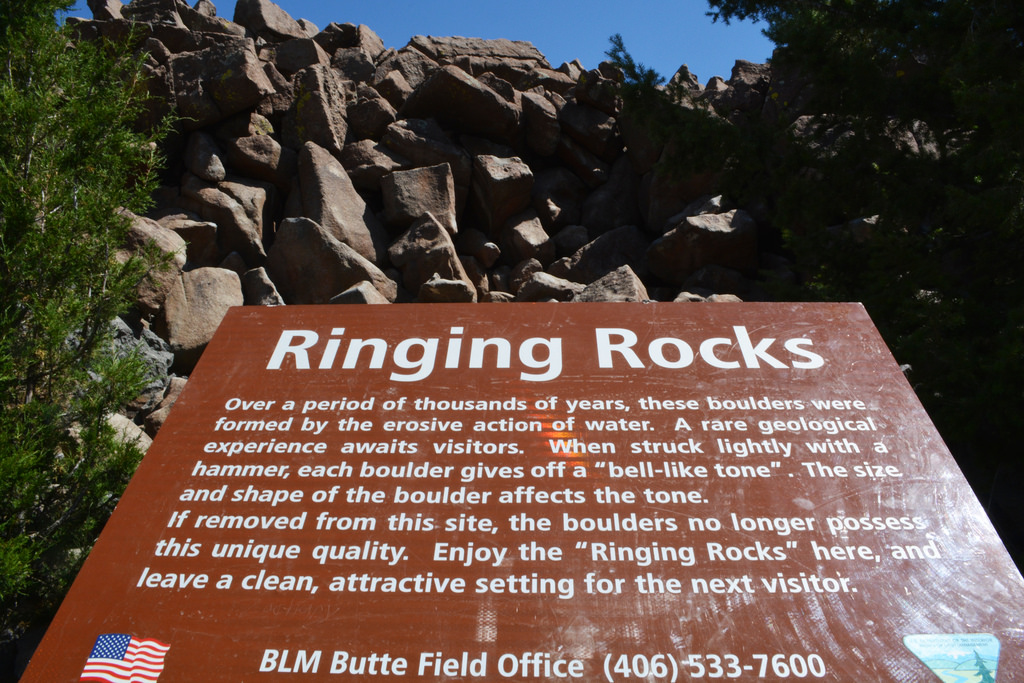