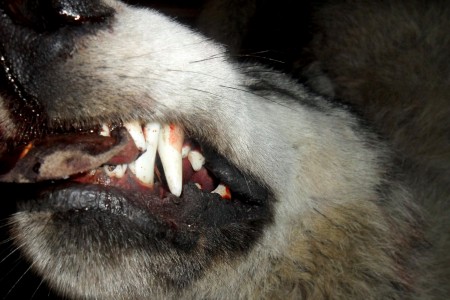 Montana Wolf Harvest Update as of 1.29.17
By angelamontana

Here’s some information about the gray wolves here in Montana from fieldguide.mt.gov:

Gray Wolves started recolonizing the area around Glacier National Park in 1979 and the first den documented in Montana in over 50 years was found in Glacier National Park in 1986. In 1995 and 1996 Gray Wolves were reintroduced into Yellowstone National Park and central Idaho. Wolves resulting from these reintroductions and those dispersing naturally from northwestern Montana and Canada have now colonized most of western Montana. Gray wolves reached biological recovery goals for the Northern Rocky Mountains at the end of 2002 and were delisted in May of 2009 (74 FR 15123 15188). However, they were relisted as Endangered/Experimental Nonessential on August 5, 2010 by federal court order. Then, on May 5, 2011, they were again removed from the Endangered Species Act by the Secretary of the Interior at the direction of the President of the United States and Congress under a rider associated with the Department of Defense and Full-Year Appropriations Act of 2011 (76 FR 25590-25592)

For those hunters and trappers who are helping to manage Montana’s population of Gray Wolves and for those who are interested, below is the latest total number of wolves, reported by Montana FWP and broken down into WMUs, harvested in Montana as of Sunday, January 29, 2017.  With 206 wolves being harvested to date in the state, it looks like the harvest numbers are climbing slower now.  Good luck to all the wolf hunters and trappers out there. 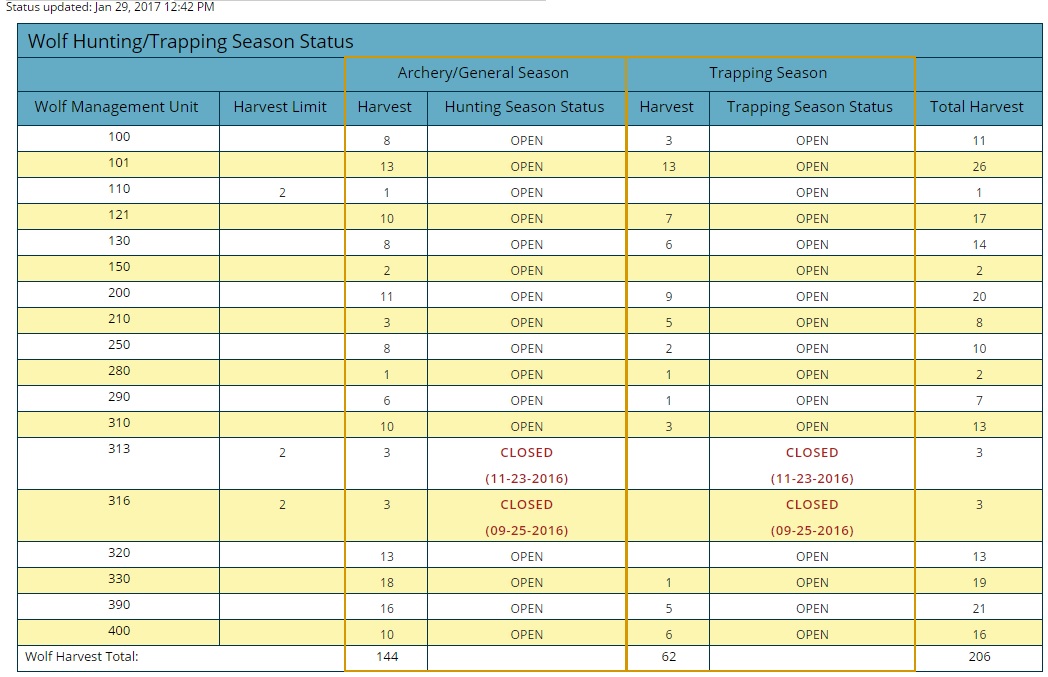