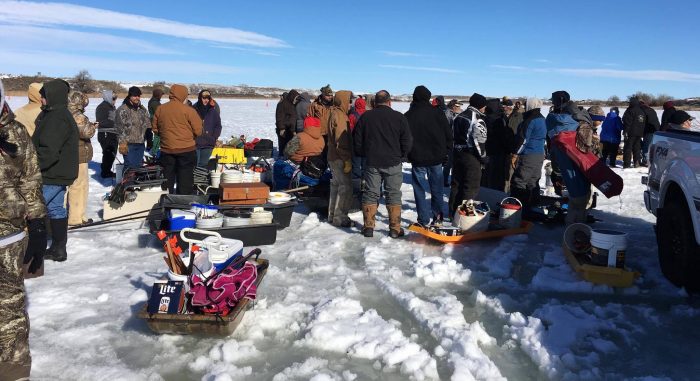 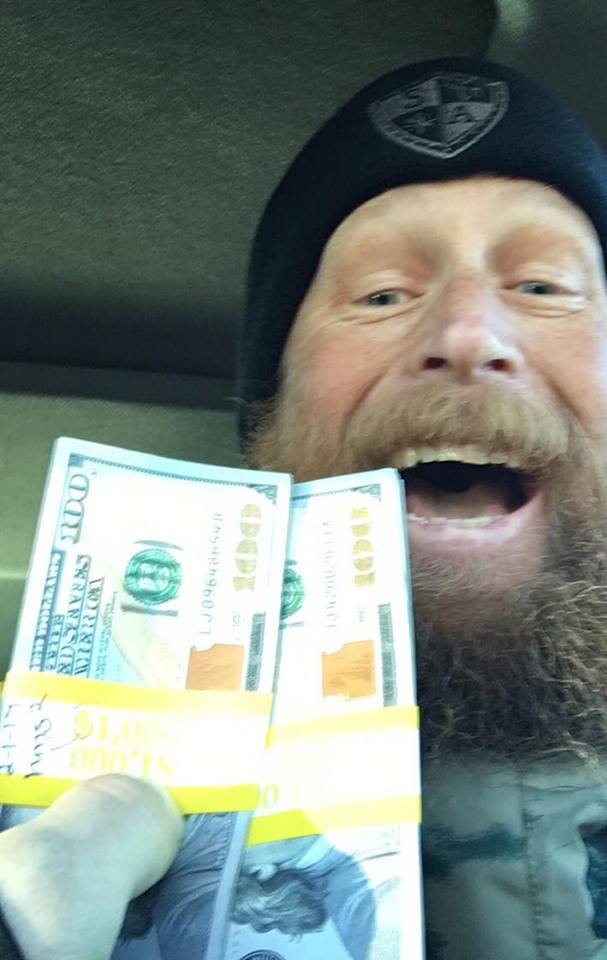 The Glasgow Area Chamber of Commerce & Agriculture held its 19th Annual Ice Fishing Derby at the Dredge Cuts Trout Pond at Fort Peck Lake on February 11, 2017. It was a die-hard day for the fishermen, women & children who chose to participate despite the high wind gusts of 49 mph and nice temperatures of 32 to 37 degrees. The contest had 62 participates and 177 holes were sold. We had participants from Glasgow, Jordan, Poplar, Glendive, Fort Peck, Wolf Point, Brockway, Nashua, Miles City, St. Marie, Belgrade, Billings, Grass Range, Antelope, and Minot, ND. An estimate of 50 more people came to observe the tournament and enjoy the festivities. 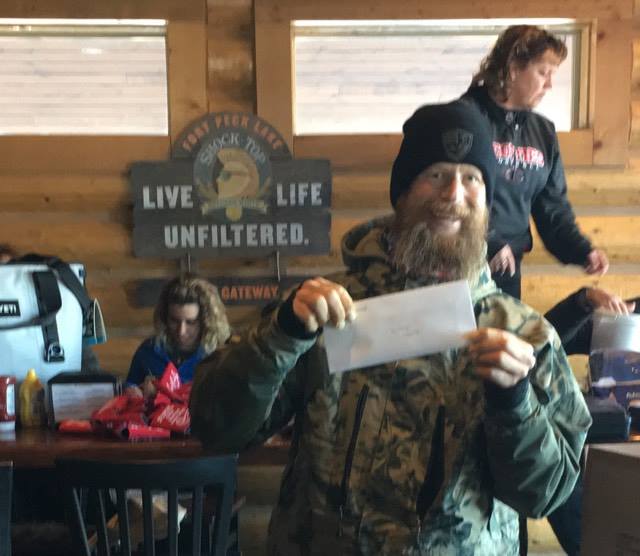