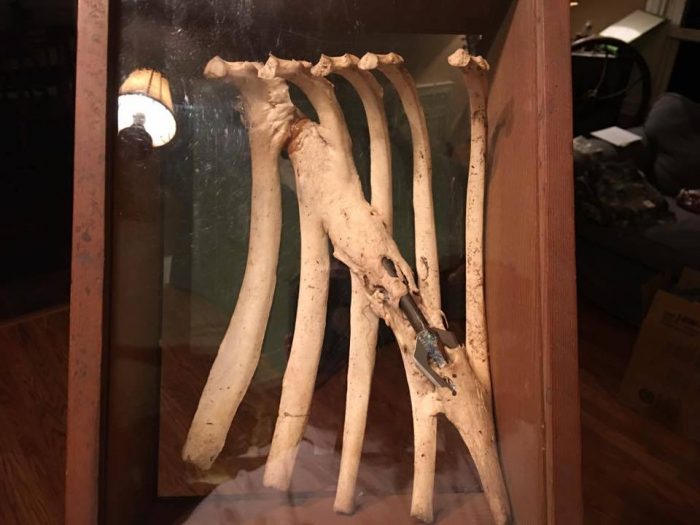 How is this for a sight?

According to the Utah Conservation Officers Association’s Facebook page, “This deer was shot several years prior and when they dressed it out they found this! Someone shot the deer years prior, but it wasn’t a fatal shot. It broke a few ribs and the arrow broke off, the deer’s body used the arrow as a splint and the bone grew around the shaft (notice the Bear Razorhead)!”
The photo was taken by Robert Stegall, whose father shot the deer.
I must say, this is pretty darn unique.
What’s the craziest thing you have found while field dressing a kill?