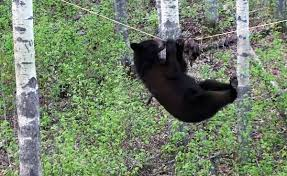 How Anti-Hunting Groups Are Using Legislation
By Toby Trigger

Well organized anti-hunting groups are using a “phased approach” to achieve their agenda to end all hunting trapping and fishing.

This approach which they openly discuss can be seen in action here in Montana and other states.  The plan is simple;  first build a reputation through ballot initiatives or big protests next file a lawsuit against the state for more publicity then find a legislator to carry an anti-hunting bill over and over until it passes.  This process can take years.

We’ve seen it here in Montana with the building campaign against trapping.  Four failed attempts in ten years to garner a ballot initiative and finally they paid enough signature gatherers to get an anti-trapping bill on the ballot.  The anti-hunting groups pushing that ballot lost in every district in the state but one.  Their response?  “We’re coming back again!”

In Montana the next campaign coming is to end mountain lion hunting and that according to their plan will be followed by ending spring bear hunting.  How do we know?  Well, because the leaders of national and local anti-hunting groups have said so.

How can Montana sportsmen get ready?  By watching how these groups unfold their plan in other states like Florida.  After protests and lawsuits to stall a much needed bear hunting season then next phase is playing out right now.  According to a legislative report by the U.S. Sportsmens Alliance Florida, Rep. Amy Mercado (D-Orlando) has proposed legislation that would place a ten-year ban on black bear hunting in Florida. House Bill 491 also requires bear-proof garbage cans, and restricts burning in habitats that could impact bears. The bill also would commission a study on the effectiveness of non-lethal means for the management of bears.

In 2016, the Florida Fish and Wildlife Conservation Commission paused plans to have a hunting season for bears after anti-hunting groups pressured both commissioners and legislators.

“HB 491 would set a terrible precedent by removing the management authority from the commission altogether and instead establishing an arbitrary timeline,” said Luke Houghton, the Sportsmen’s Alliance associate director of state services. “The Commission was created to make scientific decisions regarding wildlife, and House Bill 491 undermines that process and politicizes wildlife decision making.”

Taxpayers would also be on the hook for at least $1 million to pay for bear-proof trash cans, which local governments would then apply for funding from. HB 491 also mandates an end to any timbering of palmetto and oak trees in state forests. Rep. Mercado claims that bears will avoid garbage if there are more food sources available naturally.

A portion of this article originated from an article posted by the US Sportsmen’s Alliance.  The Sportsmen’s Alliance protects and defends America’s wildlife conservation programs and the pursuits – hunting, fishing and trapping – that generate the money to pay for them. Sportsmen’s Alliance Foundation is responsible for public education, legal defense and research.  Its mission is accomplished through several distinct programs coordinated to provide the most complete defense capability possible.