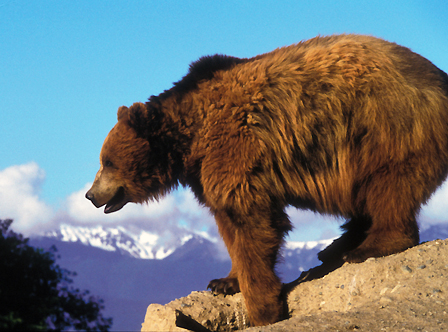 Montana has the largest grizzly bear population in the lower 48 states. Only five states in the United States still have grizzly bear populations. Montana estimates that more than 500 grizzlies (and we don’t mean the football players at the U of M) live in the northwest portion of the state, while approximately 600 can be found in and around Yellowstone Park.  (via mentalfloss.com)

I am not sure how recent these numbers were, but I know many sportsmen, myself included, are ready for a grizzly bear season in Montana.  Check back soon for another random Montana fact.