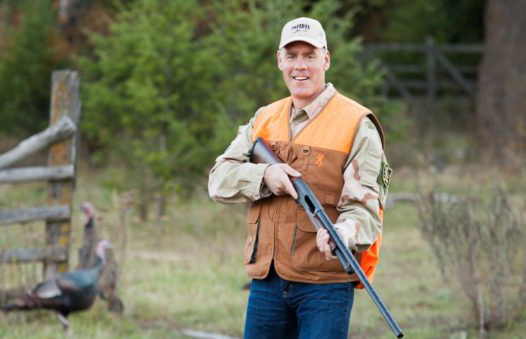 “On his first full day in office, Interior Secretary Ryan Zinke issued an order Thursday reversing a last-minute action by the Obama administration to ban lead ammunition and fish tackle used on national wildlife refuges,” reported the Associated Press via the Missoulian.  The original order by the Obama Administration consisted of a plan to phase out the use of lead ammunition and fishing tackle on wildlife refuges by 2022 and was issued just one day before Obama left office.

Zinke was born and raised in Montana and is an avid hunter.  He is also a former Montana congressman that has, along with many other outdoor enthusiasts, myself included, watched more and more trails and public land access taken away over the past eight years–motorized trails being a HUGE one.  “It worries me to think about hunting and fishing becoming activities for the land-owning elite. This package of secretarial orders will expand access for outdoor enthusiasts and also make sure the community’s voice is heard,” Zinke said.  He believes his order would “increase hunting, fishing and recreation opportunities on lands managed by Fish and Wildlife Service.”

“Outdoor recreation is about both our heritage and our economy,” he said in a statement. “Between hunting, fishing, motorized recreation, camping and more, the industry generates thousands of jobs and billions of dollars in economic activity.”

Environmentalists are not happy about Zinke’s directive, as they believe the total number of wildlife deaths from lead poisoning by eating lead casings and lead tackle is not worth allowing lead ammo and tackle to be used by sportsmen.  But, many of these people also believe that wildlife populations can manage themselves…. even with people in the equation.
In short, even though my views are my personal views and not always shared by The Montana Outdoor Radio Show, I am, personally, looking forward to what Zinke brings to the Trump Administration and to United States citizens as a whole.  So far, he has my applause for his first move as Interior Secretary.
For the original story in The Missoulian, click here.