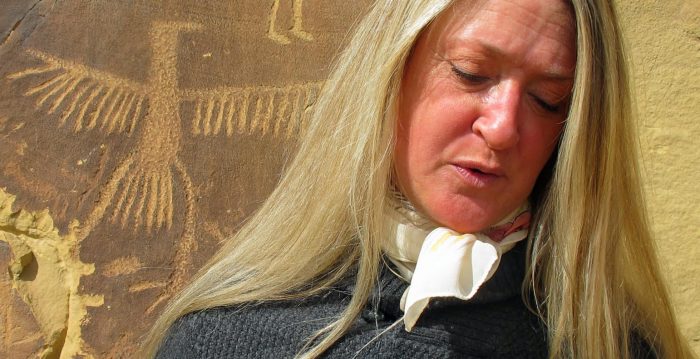 Inscribed on sandstone cliffs in Wyoming’s Bighorn Basin are figures carved by native people hundreds and thousands of years ago called thunderbirds. In the mythology of Plains Indians, as well as other cultures across North America, the thunderbird was a mythic animal that controlled the weather. Thunder came from the flapping of its wings and lightning shot from its eyes or talons. Now a Cody, Wyoming, researcher is trying to tie the rock art sites where thunderbirds are depicted to actual golden eagle nesting sites.
To find out more, check out my story in this week’s Billings Gazette. http://bgz.tt/rnapx