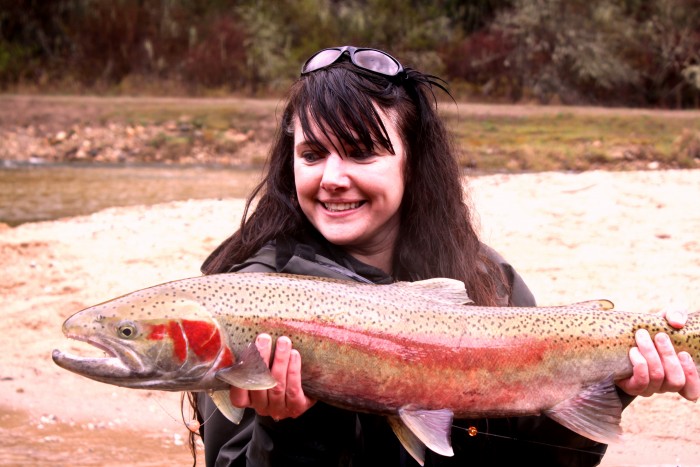 Steelhead angler effort on the upper Salmon River increased again compared to the previous week, but poor river conditions continued to impact the fishery. High temperatures during the week and then rain over the weekend resulted in increased river flows and poor visibility in all areas downstream of the East Fork. The majority of anglers were observed fishing downstream of North Fork in location code 15 and upstream of the East Fork in location code 19.

Currently the Salmon River is flowing at 3,000 cfs through the town of Salmon, ID which is 263% of average for today’s date, and water temperatures are in the low to mid 40s. As of Thursday March 16th, the Pahsimeroi Hatchery has had 395 hatchery steelhead return to the trap. Additionally, the Sawtooth Hatchery has its trap in as well and has reported trapping steelhead.

(Report via Brent Beller * Idaho Department of Fish and Game)