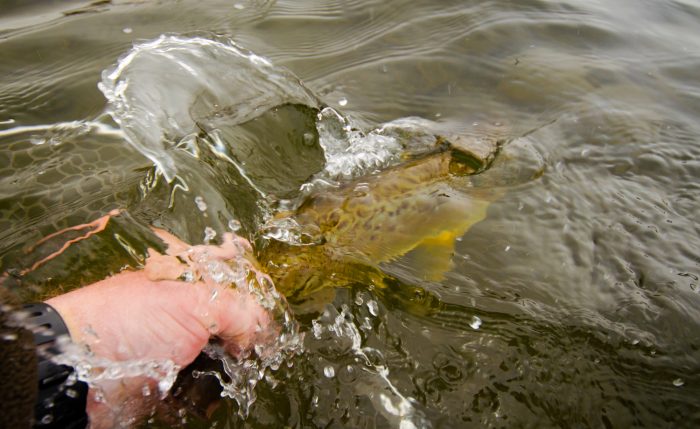 Missoula, MT) – Montana State Parks (stateparks.mt.gov) announced today that it has reached an agreement with International Paper (IP) on a land donation to secure permanent public access at Milltown State Park near Missoula, MT. The agreement is the outcome of years of negotiations and collaboration between both public and private entities.

“Through a remarkable collaboration, we’re paying it forward to make sure that future generations have the opportunity to create lifelong memories in our prized state parks,” said Governor Steve Bullock.

Montana Fish, Wildlife and Parks (FWP) has managed the area since the late 1980s; first as a fishing access site and later as a state park. Public access was provided through an agreement with Champion International, IP’s predecessor, but not on a permanent basis

Discussions about a land donation began in 2011 when a local community group, Friends of Two Rivers, initiated contact with IP.  IP indicated a preference for donating to a state agency and in 2012 offered the 16-acre parcel to FWP. That proposal was complicated by the presence of a 6-acre landfill on the site. After a year, the complex negotiations stalled but were revived in 2014 when the Governor Bullock urged IP to resolve the issue.

“Missoula County would like to thank Governor Bullock for reaching out to International Paper almost two years ago,” Curtiss said. “His involvement raised the importance of this access. I also want to thank International Paper for the generous donation of the land needed to access the river confluence at Milltown State Park. I look forward to the development of the park for the public to enjoy.”

After years of negotiations, the land donation was finalized in early April 2017. With the acquisition of the property, work can begin this summer on developing the confluence area of Milltown State Park, in particular, improvements to provide safe passage for the public entering and exiting the park. Access road improvements could include grading, widening (to include bike/pedestrian passage) and paving.

“This has been a long time coming,” said Michael Kustudia, manager of Milltown State Park. “We had a lot of help of partners to get here and we’re thrilled that permanent access to the park has been secured. Now it’s time to get to work.”

Also, slated for construction are a river access point with a parking area, trails along the river, an interpretive plaza and other visitor facilities.

Visit Montana State Parks (stateparks.mt.gov) and enjoy camping, hiking, fishing, swimming, boating and more and discover some of the greatest natural and cultural treasures on earth