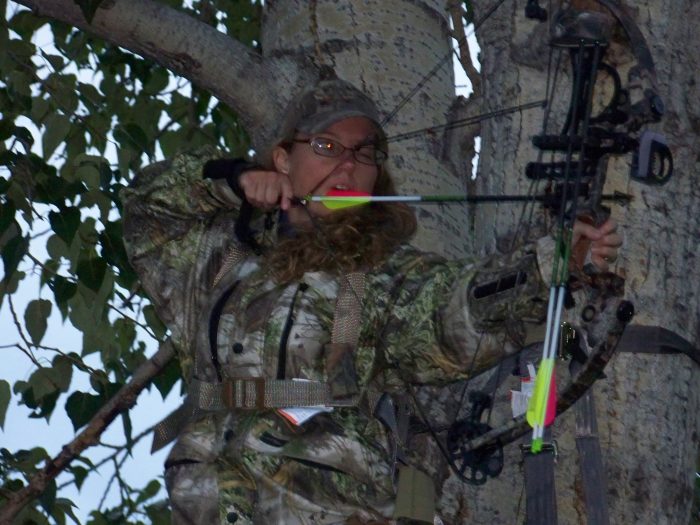 Both sides of any issue can find confirmation of their biases online and can use that information to stir a pot of hate and discord. When it comes to social-justice issues, every movement has a hashtag, and friends, family members and complete strangers use them to exchange frenzied opinions whenever a news story breaks affirming the beliefs of one side or another.

Seemingly absent from the outrage of social-justice warriors however, are hunters – specifically female hunters. The fastest growing segment of sportsmen, women have time and again been singled out, vilified and harassed for undertaking the same exploits as generations of men. 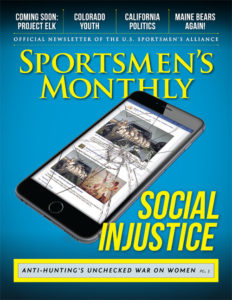 It’s apparently justifiable to threaten women over their participation in hunting. No feminist group has applied the hashtag #WarOnWomen to female hunters targeted by animal-rights activists, despite the public leveling of obscenities and death threats.

Until recently, mainstream media never bothered to address the discrepancies, despite enjoying the revenue reaped by covering the flare-ups with salacious headlines, soundbites and vitriol-filled discussion threads. However, the free pass of hatred might be coming to an end. On April 17, the Washington Post, while covering the latest example of sexism in America – that being the targeting of Rebecca Francis by comedian Ricky Gervais, wrote about the inconsistencies female hunters face and why they might evoke such contemptuous scorn.

While it’s encouraging to finally see the topic broached in the media, a public condemnation of the unjust hatred from any public entity – politician, social group or newscaster – has yet to surface. And that sets a very dangerous precedent.

Access to online information makes finding someone – their home address, place of employment, children’s school and more – simplistic. Though online threats could be chalked up to hate speech spewed by an ignorant yet vocal minority, potential for vast harm exists.

Animal-rights activists have assaulted people, burned multimillion dollar businesses and universities to the ground and willingly go to prison for any act that promulgates their misguided belief system.

When celebrities use their influence to target law-abiding citizens, those threats can easily move from benign to malevolent. Superstars, of all people, should understand the perversion their celebrity can create, how statements can be twisted and the lengths individuals will go to in order to impress them.

In 1989, Rebecca Schaeffer, star of the sitcom My Sister Sam, was gunned down by Robert John Bardo – her death served as the impetus for passage of anti-stalking laws in California. In 1980, Mark David Chapman killed John Lennon after idolizing him for years. And, in 1981, John Hinckley, Jr., attempted to assassinate President Ronald Regan as means to impress actress Jodie Foster.

The fact that Ricky Gervais, a man who has hosted the Academy Awards and who has more than 10 million followers on Facebook and Twitter, can freely and without reproach single out a female hunter, or even hunters in general, for targeting by those who idolize him and share a fringe belief system is scary.

It’s also a testament to the work hunters must undertake to educate non-hunters and the media about the role we serve in conservation, management and funding of wildlife. Each of us plays a constant part in the positive promotion or eventual demise of hunting, fishing and trapping. How we conduct ourselves and the image we perpetuate online is just one piece of protecting our heritage.

For more information about the incredible work the Sportsmen’s Alliance does for women and all sportsmen we encourage readers to check out their website.