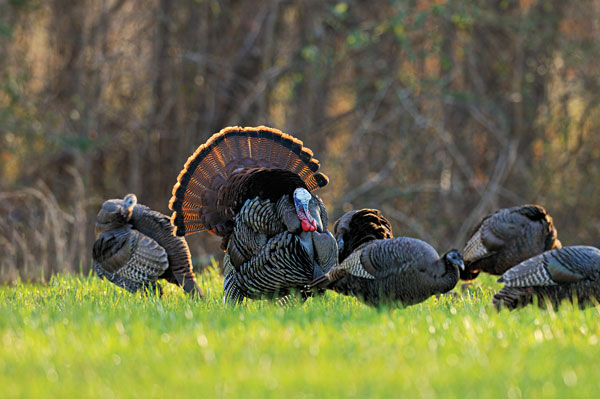 Opening day of turkey season in Kansas went horribly amiss Wednesday for a party of three hunters when one shot the other two, apparently mistaking them for their quarry.

According to an article in The Joplin Globe, the shooter drove the two injured hunters to the hospital in Girard with “potentially life-threatening shotgun wounds to their faces and upper bodies”.

Sheriff Peak said the three men went to Kansas to hunt turkeys on land they leased, which is where the accident occurred. The shooter is actually the brother of one of the injured men and a close friend of the other injured man.

The man who fired the gun told sheriff’s deputies that he was dropped off at the property by the other two about dawn. His brother and friend wished to hunt at a different spot and drove on to that location.

The brother and friend eventually set up just inside a wooded area, wearing camouflage and lying behind a fan made of turkey feathers.

The man said that he fired his 12-gauge shotgun about 8:40 a.m. at what he thought was a turkey that he had been “calling in.” He told deputies that he then realized almost immediately that his brother and friend must have been hunting the same turkey and that he had shot them.

“They were positioned close together, trying to draw in what they thought was a turkey,” Peak said.

The two wounded men were able to walk to their truck with the assistance of the shooter, who then drove them to the hospital.

It is still unclear if there was an actual turkey in the area or if the men were just calling to each other.  All three of the men were tested for alcohol consumption, even though it is not believed to be a factor.

Something to consider while you’re hunting.  Be careful of what you’re taking aim at and have a full visual of your target before pulling the trigger.