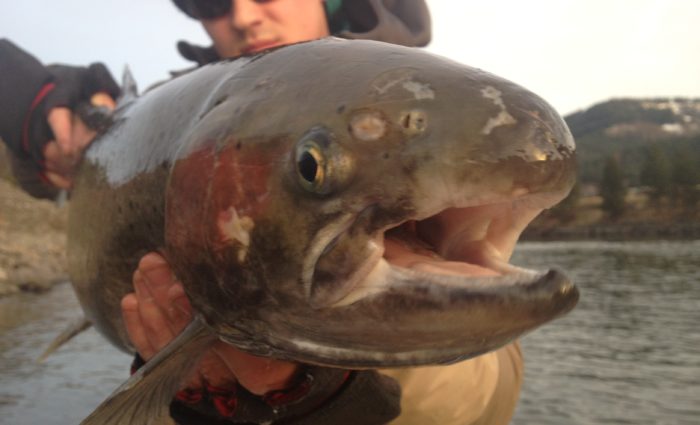 Currently the Salmon River is flowing at 2,780 cfs which is 169% of average for today’s date. On Sunday the river had cloudy visibility in all areas downstream of the East Fork and clear visibility upstream. Water temperatures were in the low 40s. As of Thursday April 13th, the Pahsimeroi Hatchery had trapped 2,829 adult hatchery steelhead, and as of April 15th, the Sawtooth Hatchery had trapped 1,595 adult hatchery steelhead.