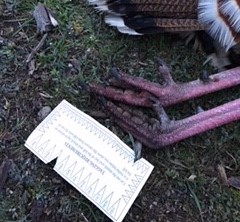 Vittles With Viola
By Toby Trigger

So there was Thad standing on Viola’s porch fixing a sliding glass door and stacking wood.

He was there because of the flock of turkeys milling about on her property which caught his attention.  Viola is 97 years old and doesn’t use a smart phone.  Thad broke the millennial’s standard texting practice and knocked on a door.  The result?

As it turns out Viola turns 97 this month. Thad knocked and found her wrestling with the sliding glass door which had been pushed out of place while she gathered firewood.  He took care of both and then helped her move some furniture. She asked Thad to turn around so she could check him for “wings”.  Her late husband was a hunter and when she learned that Thad wanted permission to hunt she was thrilled.  Quite a lady.

Thad told her that if he shot a turkey he would cook her dinner.  Quite a guy. 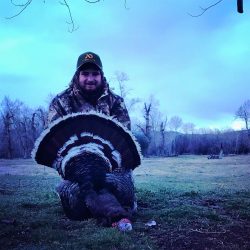 On opening day Thad looked up from his watch that told him Montana’s turkey season was now six minutes old moments before Thad pulled the trigger.  Like any hunter Thad tagged his bird and headed home but he had to stop at the grocery store first.