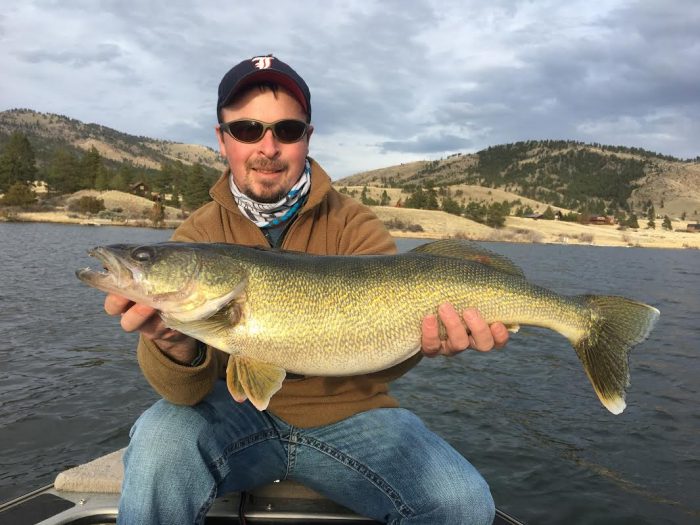 So we did have a very good spring at the Gates of the Mountains for big walleye. The numbers were not there like the past couple years, but we did get a few in that 8-10 lb range and then the mega giant 15 lber! We did see a lot less fish in that 20-26” range this year tho! With the catch rates down and FWP’s netting surveys also down it is SO IMPORTANT TO LET THE SPAWNING FEMALES GO!! And all walleyes over 20’’ to keep Holter a strong fishery! 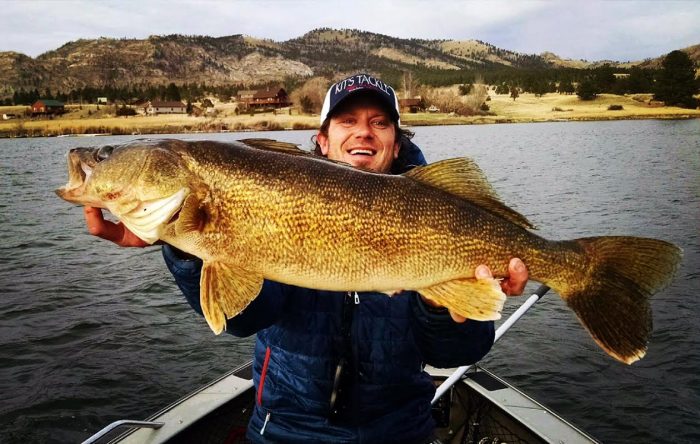 On April 12th, our client, Donald Rosin was blessed by the walleye gods! At about 10:30 am he set the hook in a big fish! As it came to the boat he could tell it was the biggest walleye of his life. After hitting the net we measured it as a big fat 28’’ hen that we guessed between 9 and 10 lbs! So at this point the day was made! 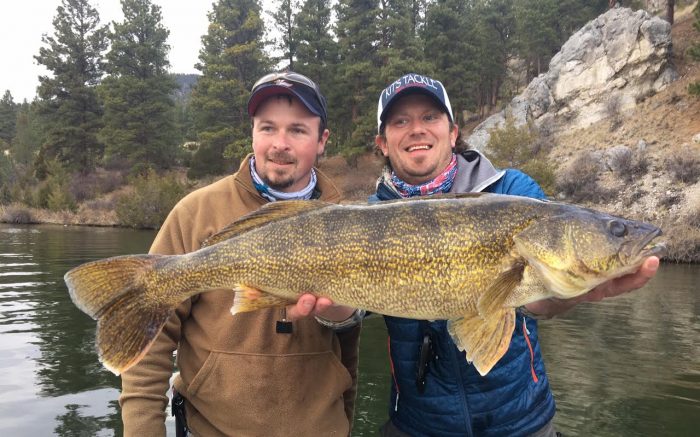 After fueling up on a nice lunch we were back at it again and hoping for more action. Although, on upper Holter you couldn’t ask for much more in my opinion. Especially while catching lots of great sized rainbow trout to break the slow walleye bite up! At about 5:30 pm Donald again set the hook in something huge, in fact I thought he was snagged on the bottom. Then the bottom started moving. After a couple minute battle the biggest gates walleye I have ever seen arose to the surface. As I lifted her from the net Don snapped a quick pic of me (see attached) and then yelled “Trev, she is losing all her eggs.” She had eggs pouring out of her so we gently set her in the live well. With her health our main concern we knew we couldn’t mess with her too much. She was over 32” and had a girth over 20” and weighed 15 lbs. An absolute true Gates of the Mountains Montana relic. Donald did the right thing and let her swim free! WOOHOO!!!!!