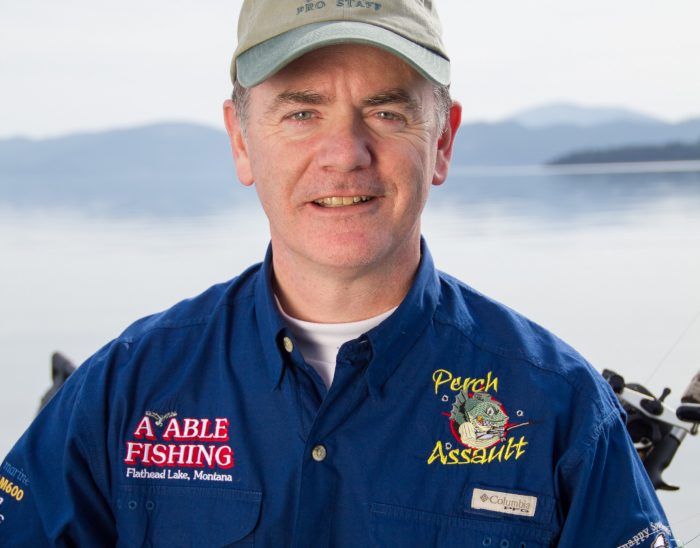 Almost every call I get when booking a fishing trip includes an inquiry about the size of the fish we will be catching.  I can’t recall a single conversation that a client has ever asked to catch small fish, although that subject comes up when we discuss the better eating fish being the smaller 20-25 inch Lake Trout, although for many, a 25 inch trout will be the biggest fish they have ever caught!

No matter where,  people are obsessed with big fish.  Here in NW Montana, when we discuss “Big Fish” we are usually talking Lake Trout, Northern Pike and to an extent, our Gerrard (Kamloop) Rainbow and way down the list, Bull Trout (mostly due to the Bull Trout’s threatened status and the few opportunities to target them).

When we get into the East side of the state, we add Walleye, Paddlefish, Catfish and lately, Chinook or “King” Salmon in Fort Peck.  This fishery in Fort Peck is an anomaly in that it is a fresh water fishery akin to the Great Lakes and you don’t have to go to the West Coast or Alaska to catch a twenty pound plus Salmon.  This is a fishery that we in Montana should be proud of, it has been a successful effort by Montana FWP in gathering the eggs, hatching and then stocking and providing a fishery for these fantastic fish, native or not.  This is a new target fish for us here at Howe’s Fishing and we are excited to be offering clients a shot at this fishery.

Spring is the best time to target Montana’s bigger trophy fish, especially for Pike and Trout here in Region One.  Lake Trout on Flathead Lake are migrating North for the pre-runoff season, and while these fish are scattered, they do tend to group up in reliable areas such as the shallow areas around the Delta, the rugged, tackle eating drop offs around Woods Bay Point and the confines around Hockaday Bay and Somers Bay where they can trap baitfish and feed on them at their Leisure.

(There are other places in the region where trophy Lake Trout can be found, but I do have an obligation to these fisheries and the friends that fish them to not be as open mouthed about them as I can be.  A little research on your own part will disclose these lakes and I won’t take the beating for doing so here!)

When it comes to the Gerrard/Kamloop Rainbows, we inevitably come to Lake Koocanusa and Little Bitterroot Lake, with a nod to Dickey Lake as a sleeper for these fish.  This is a water temperature based opportunity and short seasons based on that but if you hit it right, you have the opportunities for Rainbows AND Bull Trout reaching into the mid to upper teens and beyond for the ‘bows.  You need to know the reg’s for these waters as they do differ.

Northern Pike are plentiful and while reviled by some, they provide the single most reliable “big fish” component in our area.  Swan Lake is probably the most consistent and well known big pike water, but Whitefish Lake, Middle Thompson and the Flathead River and its sloughs are right there, as is, of course, the Lower Flathead River, for both numbers and a shot at a biggun!

The best way to get a handle on any of the fisheries is to hire us for a day on the water, as we can fish most of these areas I have highlighted, including Lake Koocanusa which is kicking in as you read this.