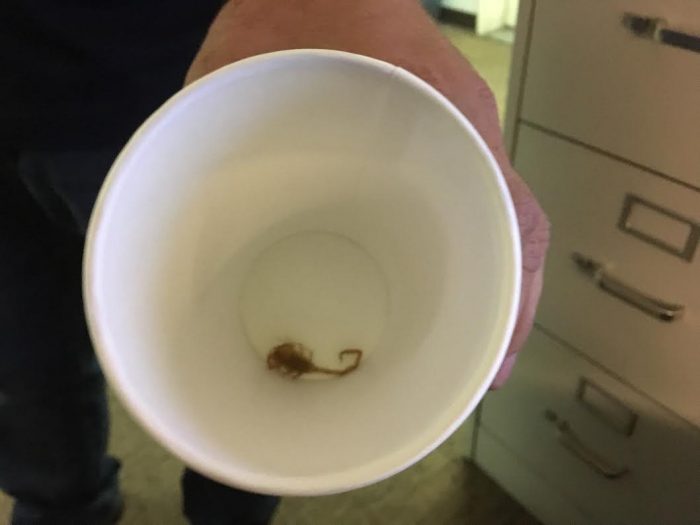 Remember the article involving the scorpion that was found in Montana?  (who knew?)  Well, there was another scorpion found in a northside commercial building in Missoula this morning, Tuesday, June 20, 2017.  Apparently, the ones we will see here in Montana are the northern species.

Does this mean we can expect a Montana scorpion hunting season?  Probably not, being that they are insects, but you still might want to keep an eye out for these little buggars the same as you do spiders.