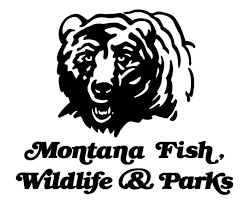 Region One Hunter and Bowhunter Education Instructors received service awards from Montana Fish, Wildlife & Parks at a special statewide workshop held June 23-25 at the fairgrounds in Helena. In total, more than 300 people from across Montana attended the workshop.

For Region One, a total of 54 Instructors were due Hunter Education or Bowhunter Education service awards ranging from 5 to 60 years of service. All service award recipients receive a plaque; additional awards include: 10 years: engraved knife; 20 years: FWP belt buckle; 30 year bowhunter education awards, honorarium to purchase a bow or firearm; 40-year: hunter education, monogramed jacket and plaque; and 60-year special awards. The instructor of the year and challenge coin recipients were also honored.

The highlight of the Saturday night awards ceremony for Region 1 was the honoring of Pat McVay of Kalispell and Bob Larsson of St. Ignatius for their incredible 60 years of service teaching Hunter Education. Awards that Pat and Bob received included an American Flag which was flown over the capitol building and folded into a presentation case. The flags came with a signed proclamation from Montana Governor Steve Bullock. Pat and Bob also each received a presentation lever action rifle from Henry Arms which was engraved with special serial numbers and a hunter education instructor inscription along with the FWP logo. Each rifle was fitted with a special sight by Skinner Sights, installed by Bob’s son Andy. Bob and Pat received several standing ovations and their family members spoke about their dedication to teaching kids and to firearm safety.

A special presentation was made to Bowhunter Education Instructors who have taught 40 years, starting even before the official state program began. Region One’s recipient, Rich Hjort, has been teaching in the Libby area for all those years. Rich also received his 40-year Hunter Education Award, an amazing length of time to serve hunter education students!

Region One Bowhunter Education Awards for 30 years of service were given to Roger Allick, Pat Allick, Terry Comstock, Rich Hjort, Lloyd Rice, and Dave Yeats. These instructors have been teaching since the official state program for Bowhunter Education began!

Another highlight this year was the Instructor of the Year Award presented to Tom Fieber, a hunter education instructor from Polson. For 8 years, Tom has led the hunter education program in north Lake County. He has overseen many dozens of classes and is the liaison with the Confederated Salish and Kootenai Tribes for hunter education. Tom has kept his instructors up to speed with the latest teaching techniques.

A number of instructors were awarded challenge coins. These presentations are important because the instructors who received them were nominated by their peers for this honor. These instructors included: Gary Britton, Russ Harbin, Hannah Bass, Chad Wermer, Larry Keyes, Bob Upton, and R.J. Devitt.

All Hunter and Bowhunter Education Instructors are volunteers for FWP. They provide safety, ethics, and firearms and archery equipment handling training to young students across Montana. In Region One (northwest Montana) more than 300 instructors train about 2,000 students each year.