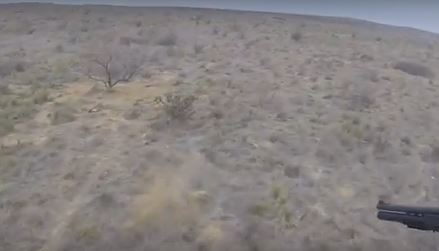 Coyote Depredation From the Barrel [VID]
By Toby Trigger

Coyote depredation shoots have been used to curtail coyote populations for both domestic and wild animals for decades.

In other parts of the world helicopters are used to reduce populations of wild animals like tahr and chamois.

In this short video clip by Caleb Shafer a coyote depredation hunt is shown from the vantage point of his head-mounted go pro.  Similar expeditions are used for wolves in parts of the west particularly when livestock are killed.

It takes a great deal of skill to shoot at running coyotes and wolves from a moving helicopter. What do you think?