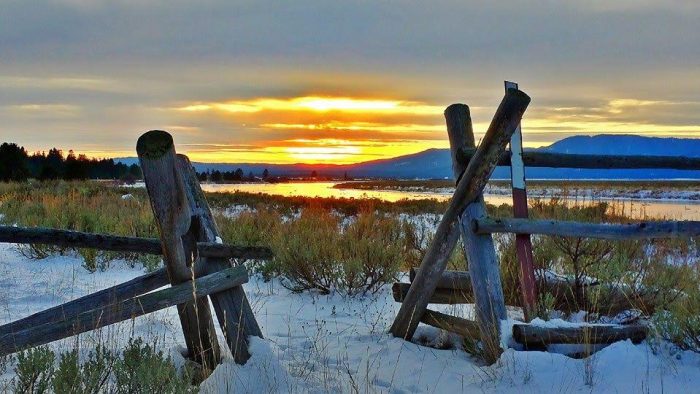 Don’t Leave Home without It! (by Montana Grant)
By angelamontana

“I’ll see you later”, Hasta La Vista”, “Have a nice day”, “Watch your top knot” or some form of proper farewell is always essential. It only takes a moment and a few breaths. A handshake, hug, or embrace will reinforce what could be your final farewell.

Hunting, fishing, outdoor adventures, and sports are dangerous. Things can go wrong in a hurry. Travelling to or from a location invites accidents. Water, weather, critters, topography, weapons, and just bad luck can quickly escalate into life changing events. That’s why it so important to always leave home with a proper farewell.

How would you feel if the last words, to someone special were sour, tainted, and nasty?  Always slow things down and make a proper farewell. Put your anger aside for a few moments. You can always fight later, after you come home safe. What is the positive comment that you would like to hear? That is what you say in return.

Years ago, a friend left the house to head to deer camp. He was in a hurry and arguing with his wife about where his socks were, and why she did not pack his favorite snacks, and stuff that no one even remembers. Out the door he went in a huff. A few loud cursing expletives followed him into his truck as he sped off. Several hours later, the wife answered the phone. It was the Pennsylvania State Police. Her husband was dead due to a traffic accident.

The funeral service was hard. The wife was heartbroken and alone. The last spoken words were angry and hurtful and now eternal.

It Is ok to get angry, lose your temper, or argue. These are human traits. We also have the choice to “Holster our tongues”, choose our words, and act smarter. Never leave angry, in a hurry, or without a true and positive farewell. No one needs to bear the guilt that comes when the last opportunity to say goodbye was wasted.

Let people know where you are going. Leave a phone number, address GPS coordinates, or contact information whenever you leave. It is also a good idea to leave some information on the windshield, or vehicle so others can find you, if needed.

When my Father passed, a few deer seasons ago, he was having trouble speaking. Age, injury, and a stroke had taken its toll. Before he went into his final surgery, his last words to me were simple, few, and lasting. The surgery did not go well and he was in a coma for a week. I would never hear his voice again. His final words to me were words he rarely spoke. He was a tough, loud, and a hard man.  Fighting a World War, mining coal, and a life as a teacher, husband, and Father had measured him. Soft, kind words were not normal in his vocabulary.

His final words to me were simple; “I love you Son!”

Don’t leave home without it!