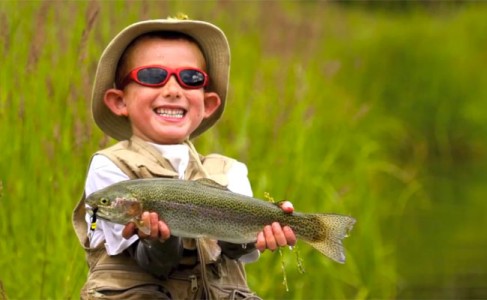 Take a Kid Fishing–They Might Catch a Record Fish!
By angelamontana

Take a kid fishing!  Can you think of anything better for a kid to be addicted to?  You just never know, either, as they might reel in a record!  Here are a few examples of youngsters who did just that!

10 year-old Dylan Sorrells, of Texas, was down south fishing in Lake Tawakoni in January of 2017 and reeled in a pig of a catfish that weighed in at 54 pounds!  This is a world record by six pounds for his age!  Apparently, when Dylan was just eight years-old, he caught a 90-pound gar and another whopper of a catfish, but his father didn’t properly record those catches to submt them.  They are prepared now with a new scale, though!  Great work, Dylan!  (pictured below via OutdoorLife.com, info via foxnews.com) 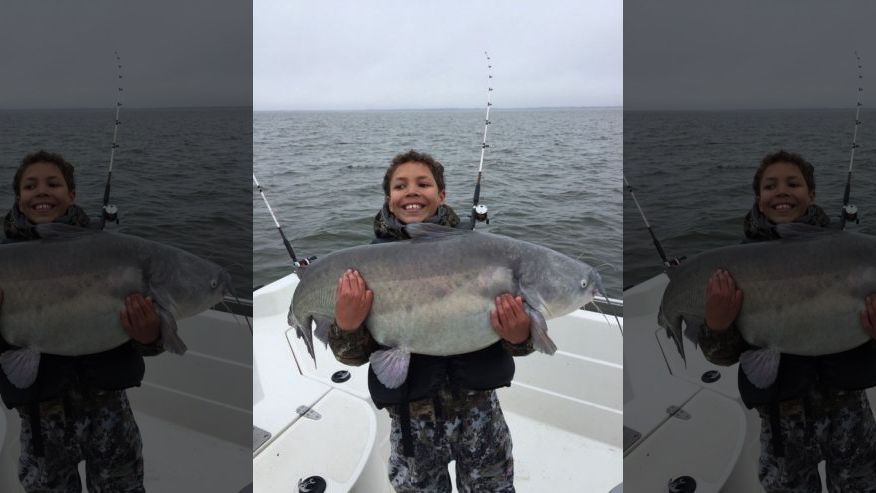 Cason Kuhn, 7, of Canton, Tx, caught a monster 23.90 lb striped bass (pictured below) off a rod and reel on Lake Tawakoni on April 12, 2017.  This lake is proving to be popular for bringing in big fish for the youngsters!  This fish just might weigh as much as Cason does.  Excellent work!

According to My San Antonio, officials at Lake Tawakoni didn’t know the story behind Cason’s awesome catch.

Aubry Buzek, Texas Parks and Wildlife Department spokeswoman said the agency has not received an angler recognition award application for Kuhn.
She said another news outlet was incorrect in reporting that Kuhn had set a junior state record— until he submits an application, his catch will remain not certified and pending.

According to the TPWD website, Benjamin Burns currently holds the record for largest striped bass caught by a junior angler. He caught an 18.35-pound striped bass at Lake Texoma on March 15, 2015. 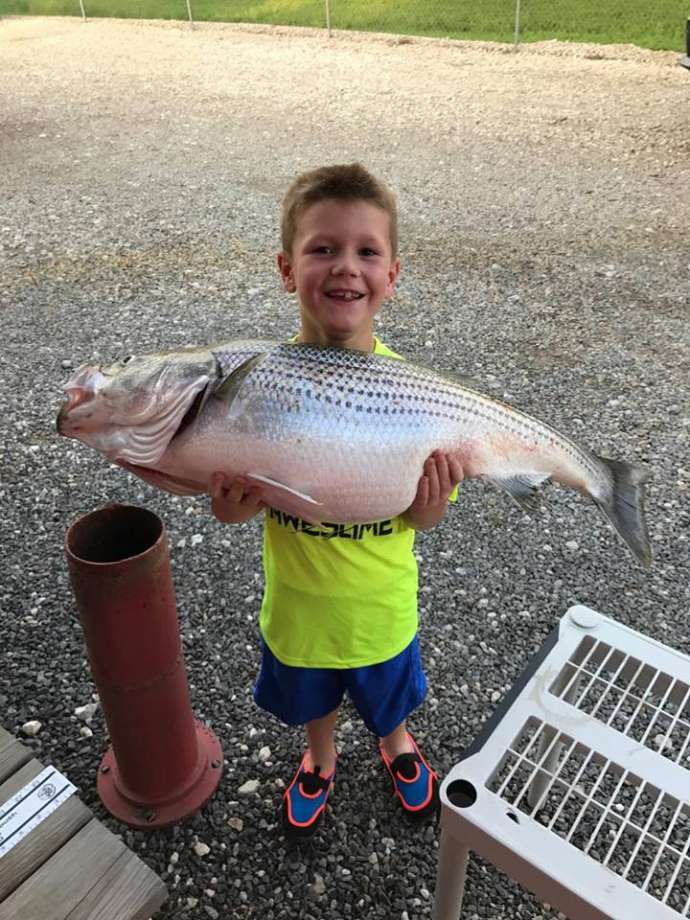 In June of 2016, 9-year-old Emma Zajdel set a new state record bringing in a monstrous 94.6-pound cobia.  She spent 20 minutes of reeling in the record-breaker, which actually weighs more than her and is way taller than her at 66.5 inches-long.  Emma and her father were fishing with friends that day near Assateague Island in Maryland.  According to Fox5Now.com, within minutes of her setting her hook and casting, the line went tight.  Rock on, Emma! 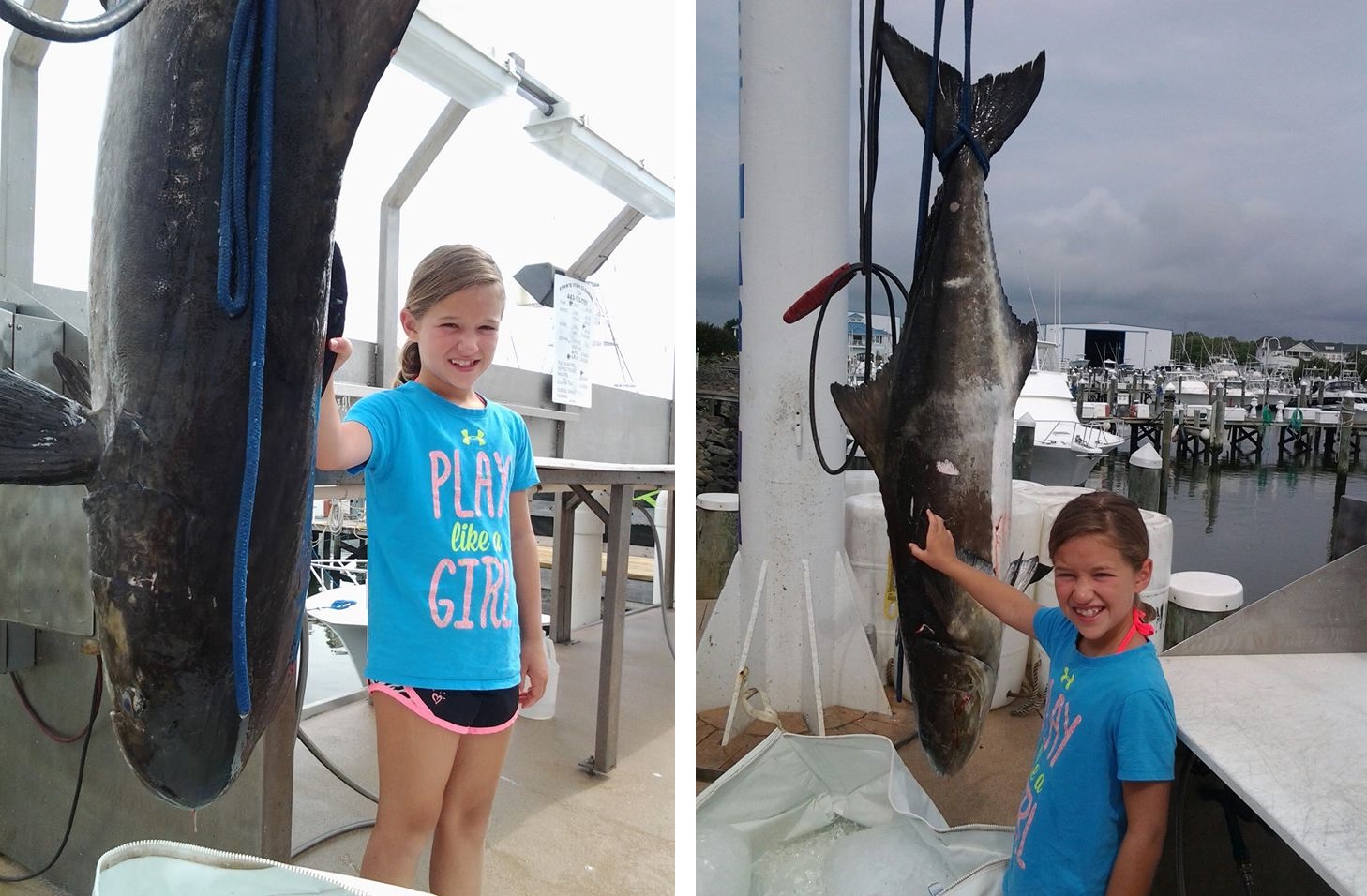 Measuring out to 22 inches and estimated to weigh in over five pounds, Kazen Cromar caught a huge brook trout. “The state record for a catch-and-keep brookie is eight pounds.”

Incredibly, Cromar may have been close to beating that, had he not been such a catch and release aficionado and insisted on letting it go.  this new Idaho brook trout record came out of Henry’s Lake near Island Park, Idaho. Most people that know Idaho know this lake produces some big fish. Luckily, it is estimated that over 70% of all fishermen who comb those waters are catch-and-release fishermen. Perhaps that is why the brookies there get so big. (via wideopenspaces.com) 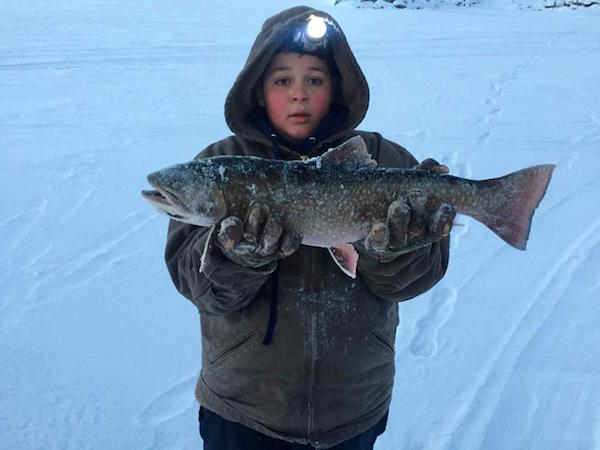 Nick Tassoni of Rockford, Illinois had no idea what was about to happen the day he went fishing in early January of 2012–and then he reeled in a record walleye, which is awesome in itself, but it broke the 51-year state record!  Here is more from scout.com:

Sallee would not be able to certify the fish until the following day, so Nick and his father knew they needed to keep the fish alive as long as possible. They called a friend with a horse trough and they took the horse trough back to the river to fill it up with 200 gallons of water from the fish’s natural environment. That night they stayed up with their hands in the water trying to keep the walleye upright and alive.

The fish lasted until 8 am the next morning with Nick holding the fish upright in the water until his hands were too numb to feel anything anymore. His father took shifts with him trying to keep the fish alive.

Sallee arrived on the scene that following afternoon and certified it as the new Illinois State Record Walleye at 14 pounds, 12 ounces with 20 1/4 inches girth and 31 inches length. Nick broke the 51 year old record caught in the Kankakee River in 1961.

I want people to know that I’ve been fishing ever since I was old enough to hold a rod and reel,” Nick Tassoni said. “I believe that getting fishing instilled into the hearts of youth like me should be priority one. Things like starting a walleye division in the Illinois High School Fishing Association and focusing on the importance of keeping harmful invasive species out of our fisheries will improve fishing for everyone. But most of all I think we just need to get people out and fishing!” 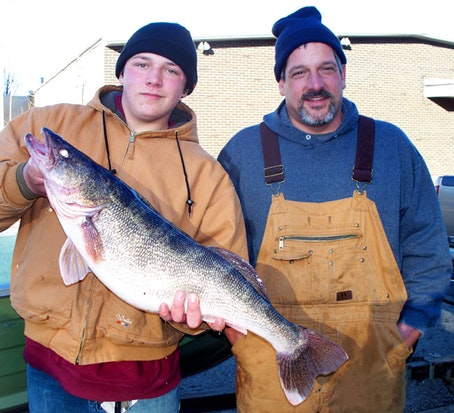 And there you have it!  It doesn’t matter where you fish or what you use to fish–just get out there, and take a kid with you!  Even kids recommend taking others out there!  Excellent work, junior anglers!