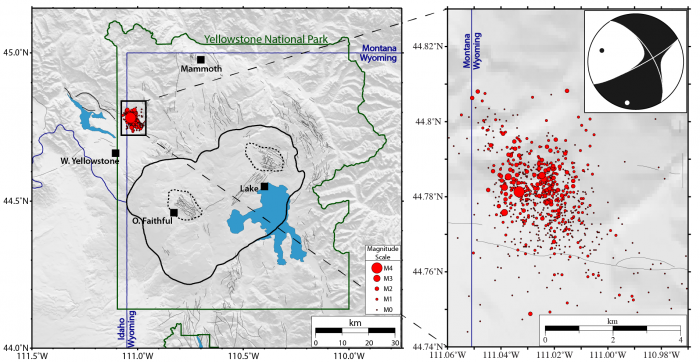 Earthquake swarms are common in Yellowstone and, on average, comprise about 50% of the total seismicity in the Yellowstone region.

UUSS will continue to monitor this swarm and will provide updates as necessary.

If you think you felt an earthquake, please fill out a felt report at: http://earthquake.usgs.gov/earthquakes/dyfi/.