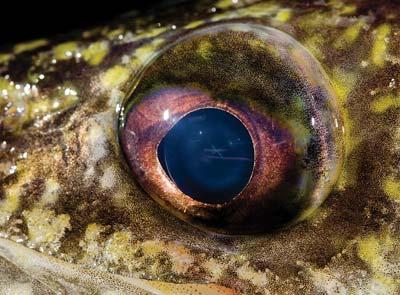 Walleye, Sauger or Saugeye?
By angelamontana

Due to the similarities between sauger and walleyes, many anglers have a difficult time telling the two fish apart.  Technically, they are cousins, and they not only have the same shape body, occupy the same habitats, eat the same stuff, which means they bite the same lures, but they even taste the same.  However, walleyes have higher tolerances for a wide range of conditions which give them a wider natural range.

So, how do you tell them apart??

To add to the confusion, there is also a hybrid of the walleye and the sauger called a saugeye.  Here is some interesting information on the saugeye from Lake Scientist: 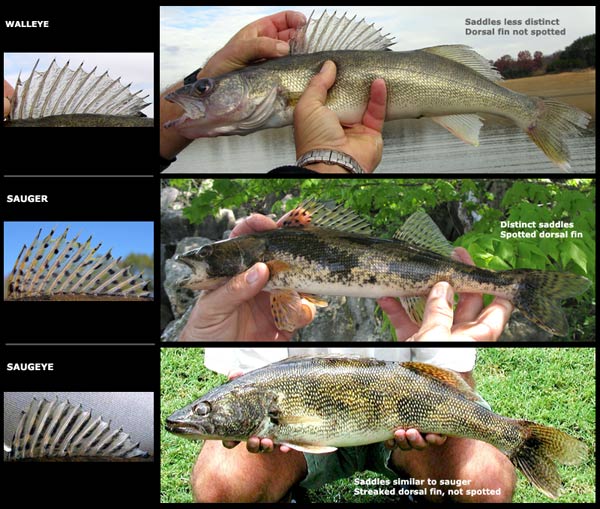 Saugeye are a naturally occurring hybrid in water bodies that have reproducing populations of both walleye and sauger. Trautman (1981) suggested that in water bodies with walleye and sauger a hybridization rate of about 2-3% could be expected. Billington et al. (1997) found that 4.1% of all Stizostedion (walleye, sauger, and saugeye) sampled in the Illinois river were saugeye. The sites sampled in the study were not stocked and were sustained through natural reproduction.

In the 1980s, state DNRs around the Midwest began experimenting with stocking saugeye as a sport fish in reservoirs and rivers. Throughout the 1960s and 70s, walleye were stocked with little success in turbid, structure-deficient reservoirs. In the late 70s, it was discovered that saugeye not only survive better than walleye in reservoir habitats, they also grow faster and are more easily caught by anglers. A phenomenon known as “hybrid vigor” can most likely explain the hybrid’s aggressive feeding behaviors. Saugeye were immediately popular with anglers, and states such as Ohio began replacing walleye with yearly stockings of saugeye.

Saugeye look similar to both parental species. They are best identified by the “blotchy” saddle markings on their side and back similar to sauger, but they usually have white pigment on the lower portion of their tail along with dark blotches on their dorsal fin membrane. Identification of saugeye can be difficult in water bodies that have all three Stizostedion species, such as the Ohio River, but if it is possible to compare the three species directly at one time, identification is much easier. Ohio, along with most other states that stock saugeye, does not stock both saugeye and walleye in any reservoir.

Hopefully, this can clear things up a bit for those who are unsure.  If you are unsure, you can always ask a local fisheries technician!