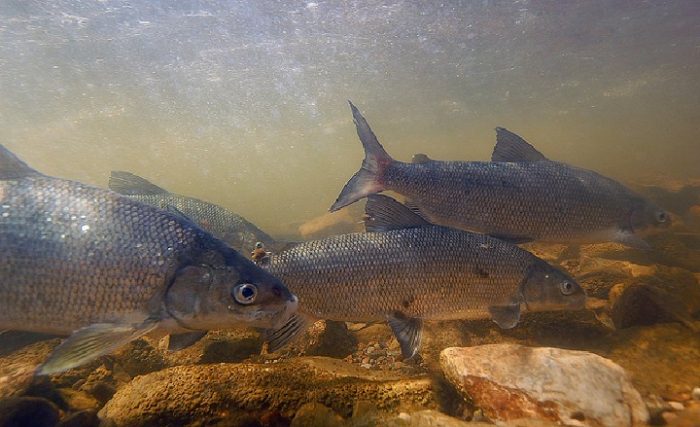 11 Facts About Another Species of Montana Whitefish
By angelamontana

With all these reports of the whitefish bite being ON this year, why not learn a few things about other types of whitefish here in Montana?  The mountain whitefish is known as “trash fish” to some anglers, while other anglers love the fight they put up on the line.  They taste pretty darn good barbecued, too!

Here are some facts about mountain whitefish:

“All in all, the mountain whitefish is a hard-fighting, delectable member of the trout family, worthy of much higher consideration than it currently receives.”