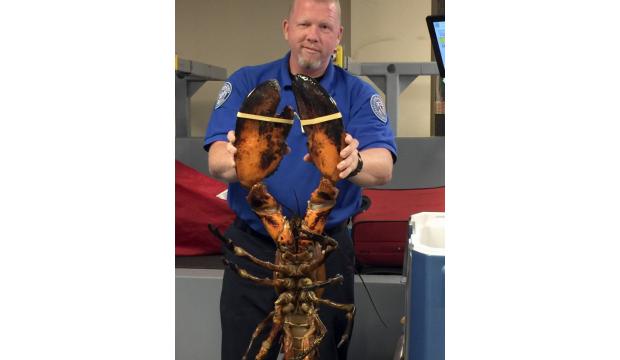 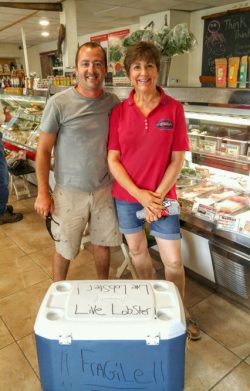 For those of you headed out to the coast or up to Alaska, if you want to bring a live lobster back in your luggage, apparently you can.  There are just a few rules to follow so you can avoid a delay with TSA.

The New York Times reported that a live lobster weighing in at 20 pounds was spotted in Georgia resident Christopher Stracuzza’s luggage at Logan International Airport in Boston.  In his defense, he did have “Dinnah” in a cooler with with a few smaller lobsters, so it wasn’t like it was in his suitcase.  Stracuzza, the 32-year-old auto-body repairman, wanted “Dinnah” and the other 20 pounds of “more-modest crustaceans” to make it to Georgia in peace and had no idea what an internet sensation the huge lobster would be.

Apparently, the owner of the Connecticut seafood store, Lisa Feinman of Atlantic Seafood Market in Old Saybrook, who sold the lobsters to Mr. Stracuzza on Saturday, took her outrage public. In a post on the store’s Facebook page, she accused the T.S.A. of dumping out the “12 other lobsters to get to this guy.”

Michael McCarthy, a T.S.A. spokesman, said on Wednesday that agency officials had contacted Ms. Feinman to discuss the situation. “We share images through social media to provide helpful travel tips and to better inform the traveling public about T.S.A.’s mission,” Mr. McCarthy said.

Well, there you have it. Bring as many lobsters as you want, just make sure you have a clear, plastic, spill-proof container for your massive, live lobster if you choose to put it in your luggage–and if you have one or more lobsters that are 20+ pounds, you can expect to see your lobster on the internet while TSA poses with it.  At least, all in all, Dinnah was a great addition to Stracuzza’s cookout. (pictured below) 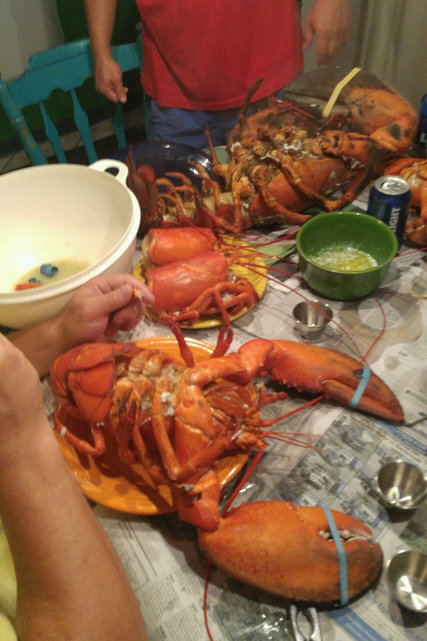