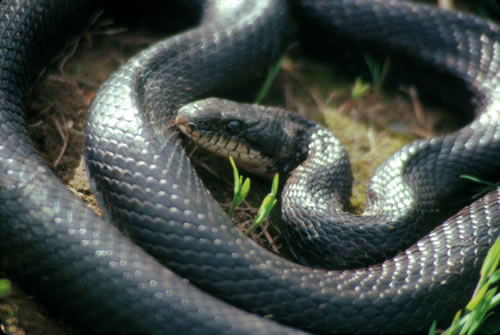 Worried about encountering a snake in any of the 54 Montana State Parks (stateparks.mt.gov)? Lewis and Clark Caverns State Park will host an interpretive program on July 11 to familiarize people with the slithery residents that also live in the area.

While snakes sometimes cause fear or worry for people, the creatures offer little threat to humans and are actually an important part of helping keep rodent populations in check in the natural ecosystem. Southwest Montana is home to seven snake species.

Not all snakes are the same. Each species is specifically adapted for a specific niche in their environment. There is at least one snake in Lewis and Clark Caverns State Park that could eat a bat. Another species cleverly imitates rattlesnakes in order to chase away would-be predators.

Park Ranger Derrick Rathe will come with many fun facts about snakes, dos and don’ts of hiking in snake territory and how to avoid human-snake conflict.

“Snakes are seen normally as these creepy creatures, but really they are amazing,” Rathe said.

What: Snakes of Lewis and Clark Caverns and Southwest Montana Interpretive Program