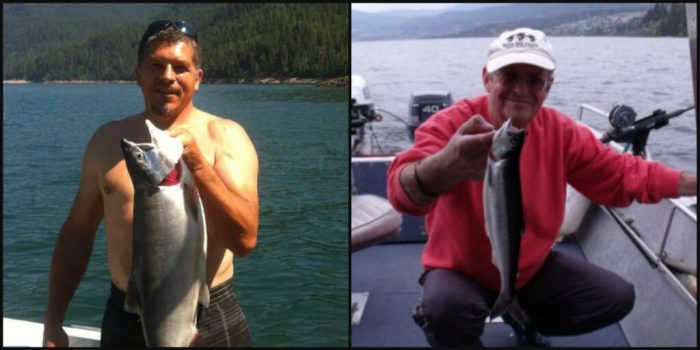 Angler Ate Record-Breaker Fish Without Knowing It
By angelamontana

Here’s a lesson on the importance of knowing your fish.

A British Columbia resident, Denis Woodcox, was out fishing with his son and caught what he thought to be a trout while at Lower Arrow Lake. The fish was so big, as it was fighting, it almost pulled him out of the boat.  He and his son joked about how big it was, and when he got it home, he froze it.  A few months later, he decided to smoke it.  It was oily, and he thought that was strange, but he still continued preparing it to be smoked.  After giving some of his smoked fish out to friends, they, too, had their doubts that the fish was a trout.

Woodcox had kept the spine intact and frozen in the freezer, so he decided to get experts involved.  After a year and-a-half of sending in samples and testing, the fish was determined to be a kokanee salmon–a seven year-old kokanee salmon, nonetheless.  The fish typically live to be around four or five, tops.  In addition, “government biologists confirmed through DNA testing that the 11.9 pound fish shattered the previous 8.5 pound record held since 2010.”

(Story and photos via conservativetribune.com)