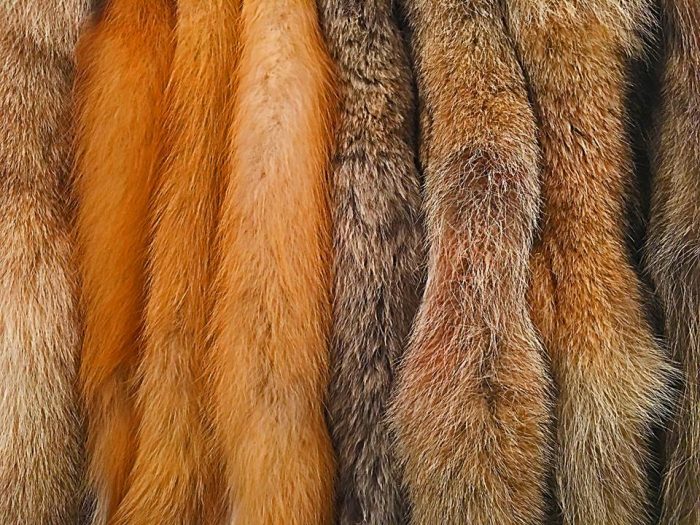 Since my last report in the June/July issue of Trapper and Predator Caller, two major wild fur sales have occurred: one at North American Fur Auctions in Toronto, Ontario, and one at Fur Harvesters Auctions in North Bay, Ontario, both of them in May 2017.

Ask me to sum up this market report in a short line? We are not out of the woods yet.

By now, every trapper in North America is aware of the high demand for coyote skins because of the trim trade, a trade driven mostly by manufacturing companies making coyote-lined hoods on their winter parkas. If you live up north, you have seen hundreds of these parkas on the street. They look great, have that “northern” feel, and their high-class look is both very warm and very fashionable. The result is that our coyotes continue to sell extremely well. Western coyotes rule this game, as their hides are paler, whiter and softer, but even Eastern coyotes sell well, and the prices we see now for coyotes are probably the highest they have been in the last 40 years! If you failed to follow this trend, let me just say that Western coyotes are about $100 apiece, and good Easterns now fetch $40-60 which is absolutely awesome for trappers east and west. Long-liners that focus on coyotes and cats out west are having it good, probably as good as any time before in recent history. Truth be told, the competition for these coyotes at international sales is incredibly hot, because the demand still is greater than the supply.

So why am I saying that we are not out of the woods yet? Well, because not every trapper has access to coyotes, and our main trapline species of raccoon, beaver and muskrat still struggle. See, it is nice when coyotes sell good, but most trappers catch more raccoons, beaver and rats than they catch coyotes, so an upward move in raccoon and beaver is more beneficial to all trappers than an upswing in fisher or lynx prices (or coyotes for that matter). Right now, selling beaver ($10-12), raccoon ($5-13) or muskrats ($3-4) or worse yet, wild mink ($10-12) is not helping create much motivation on the trapline. Moreover, a huge amount of skins are still in storage, especially raccoons, so we know this market will be flooded as soon as prices show any signs of recovery. The dip in coon prices was such that it basically squashed the harvest, and one can probably say that this year, raccoon harvest in North America was probably 25 percent of what it is normally. What used to be a $30 raccoon in the Midwest was selling at $4-8 this year, so not much incentive to pile up big numbers. The good news to this is that the populations will be healthy and ripe for the picking when prices come back. But at the moment, there is no reason to go after raccoon if you are trapping for profit.

Water species struggle, and there is no light at the end of the tunnel yet. Water species (other than raccoon) have short hair, and thus directly compete with ranch mink, and when ranch mink prices struggle, the price per square inch favors the ranch mink, especially when considering the uniformity, lack of damages, volume of skins available, etc. Right now, a lot of Canadian ranch mink are very cheap, often well below production costs, so that fur is cheap to buy and easier to work with than wild fur. Some of the struggles of short-haired water species that we still see are old issues, beaver being the main one. Beaver dressing (tanning of the leather) still is costly and difficult, and as it is now, full dressing (tanning, shearing, plucking, dyeing) of a beaver pelt can reach as high as four times the price of the skin itself! Imagine that a $10 beaver costs $40 just to get ready for manufacturing into a garment. In tough years, many buyers prefer to buy a $20 female mink of commercial quality (meaning normal, nothing extraordinary), and pay a cheap dressing cost ($10 or less) instead of a $10 beaver with $40 in dressing fees. Beaver trapping is not about money nowadays, and the only thing that saves us is castor prices, which often allow trappers to make $5-10 per animal on the big beavers.

Muskrats are enigmatic. For a while, there was an expectation of increasing prices but then nothing really materialized. Again, the price per square inch works against muskrats when female ranch mink sell for cheap. Koreans typically play a big role in the muskrat market, and some people say that the recent political tensions between China and Korea impaired cross-country exchanges and that it had a direct effect on muskrat sales. In any case, some of the most optimistic predictions for muskrats did not materialize and sales were difficult.

Long-haired goods did better. Other than coyotes and cats, marten did very well and there should be renewed interest in the trapping of marten for the next fur season. Fisher was good but not great, and red fox was tough, with most skins in the $10-20 range. Taxidermy quality wolves, wolverines, cougars and bears always sell well, but that is also a limited market.

On the good news side, Canadian trappers are enjoying a weak Canadian dollar, which means that all US sale prices for fur are multiplied by 1.30 or so because of the exchange rate. This means that a $30 fox turned into $40 CAN after exchange, so the figures were not so bad, or should I say, slightly better for Canadian trappers.

I can tell you that most folks in the industry hope for a change in the tide next year. The upward movement indicating the onset of the recovery did not occur as expected this year, so hopefully next year will be better. Trappers scouting their lines for 2018 will be well-advised to focus on long-haired species if profit is your main motivation.