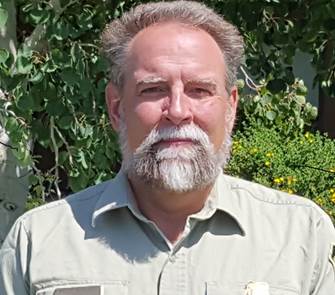 With the retirement of long-time District Ranger Deb Mucklow earlier this year, the Flathead National Forest is pleased to announce the selection and appointment of Scott Snelson as the new Spotted Bear District Ranger. Snelson will start his tenure on December 10, 2017.

“Snelson brings a wealth of leadership, knowledge and skills to the Forest,” stated Forest Supervisor, Chip Weber. “His background is a wonderful fit for this diverse and complex district.”

Before moving to Dillon, Snelson was the District Ranger for the Laurentian District of the Superior National Forest in the Arrowhead Region of Northern Minnesota. As District Ranger on the Superior he oversaw the 400,000 -acre District, which was actively engaged in large scale vegetation management and restoration programs. Scott is an avid believer in collaboration, and helped catalyze the formation of the Laurentian Divide Collaborative to help guide management on the three west zone districts of the Forest.

Snelson moved to the Superior NF from the White River NF of Colorado where he served as District Ranger for the Aspen and Sopris Districts. There he oversaw a complex mix of wilderness, restoration, vegetation management, mining, gas and oil permitting and several high profile ski hill operations for one of the Nation’s most visited Districts.

He also served as the Forest Staff Officer for Fish, Wildlife, Watershed and Soils and Subsistence on the Tongass National Forest. In this capacity, he oversaw programs for the
Nation’s largest National Forest, guiding resource protection and restoration for the 17 million acre temperate rainforest.

Snelson spent 16 years in Montana where he earned both his Bachelor and Master of Science degrees from Montana State University in Biological Sciences. Early in his career he worked as a US Forest Service trail crew foreman in the Bob Marshal Wilderness, out of Spotted Bear and Big Prairie, and as a fire fighter.

Snelson’s wife Heidi is a Montana native, having grown up the daughter of a District Ranger in Northwest Montana. Heidi is an avid hiker and outdoor enthusiast and served special needs children as a para-professional with the Sitka School District as well as working as a botany technician for the Forest Service in Colorado. The couple has two adult daughters, the oldest is a Forestry graduate from the University of Montana in Missoula, and the youngest currently works in Virginia City for the Montana Heritage Commission.

“Thankfully, we’ve had some great leaders step up and fill in as the acting Spotted Bear District Ranger,” said Weber. “Seth Carbonari, the Spotted Bear Fire Management Officer just finished a four month detail and Gordon Ash, from the Beaverhead Deerlodge National Forest will be filling in for the next few months until Scott arrives.”