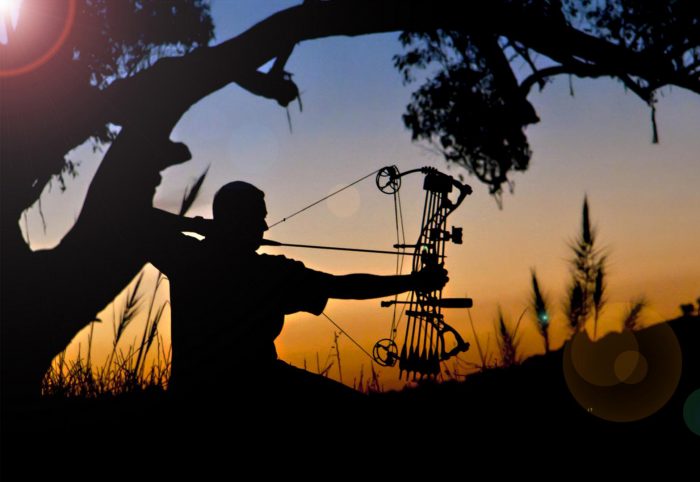 Tips for Whitey Hunting in Hot Weather
By angelamontana

Although it isn’t really anything new to start archery season in Montana with temperatures still sitting in the 90s, many hunters prefer to wait until later in the season or rifle season before getting after big game and/or predators.  For those after the whitetails opening weekend, it looks like we’re back to 80s and 90s again, so maybe this article could be beneficial for you if you’re looking for tips on whitetail hunting in hot weather.  Here is an article by Lynn Burkhead with OutdoorChannel.com:

Literally, as unseasonably hot weather grips a good portion of deer country with daily high temperature readings moving well into the 90s, and in a few cases, even up near the 100-degree mark.

So what’s a deer hunter to do when hot weather rules the landscape?

Simple says Raised Hunting host David Holder – get out from in front of the air conditioning unit, put the glass of iced tea down, gather up your hunting gear and head for the woods.

“The early season and the pre-rut are probably my favorite time(s) to hunt whitetails,” said Holder, a one-time Montana firefighter now residing in Iowa as an Outdoor Channel show host along with his wife Karin and the couple’s two boys, Warren and Easton .

Why is it Holder’s favorite time to hunt? Because bucks have broken up from their summertime bachelor groups, they are still somewhat predictable on late summer/early fall food patterns and they haven’t been disturbed by the pressure exerted by an army of deer hunters.

Disturbed yet, that is. But since those days are coming – not to mention the crazy days of the rut when white-tailed bucks throw caution and daily routines to the wind – Holder loves the predictable early season as the proverbial calm before the storm.

Even if it’s hot.

That being said, he does admit that hot weather hunting comes with its own unique set of challenges.

Which lead to a handful of hot-weather hunting tips that have little to do with where to place your stand and how to hunt effectively from it when you climb up high into a strategically-located tree.

“The first key to hunting in hot weather (in my mind) is to have the right clothing,” said Holder, who is winding down a western hunting spent chasing pronghorn antelope and elk.

In Holder’s case, having the right clothing includes wearing a base layer of Under Armour Heat Gear next to his skin for the hike into a distant location that he wants to hunt. Meanwhile, in the back of his pack is a fresh set of base layer clothing and lightweight camouflage outer wear, which Holder changes into once he arrives in the field.

“When it’s elk season and you’ve got six miles to hike, you’re going to get warm,” he laughs.

Now that Holder spends much of his time in the heated whitetail woods of early fall, he follows a similar strategy for warm hikes to a treestand while lugging hunting gear and camera equipment.

“I still wear an Under Armour Heat Gear base layer and wear it to my stand,” said Holder. “When I get there, I will take it off and pull the fresh clothing out of my pack – the UA gear rolls up into a small bundle that fits easily into a sealable plastic bag – and then I put them on.”

If all of this seems like a lot of work, Holder agrees.

“Yes, this does take a little more work, but it’s details like this that make the difference,” he said. “Now, I’ve done it so much that it’s old habit and easily done. I’ve even done this in my stand with a safety harness on.”

Once at his stand, that’s where the usual scent eliminating sprays and cover scents come out of the bag, right?

Holder admits that he used to spray down with such products, but these days, it’s something that he hardly ever does anymore.

Why? Because a few years ago, he packed an elk urine cover scent in his pack along with his lunch. When it came time to replace the calories that he had burned up that morning, Holder admits it was a difficult to swallow meal.

“For four days, I literally had to hold my nose to eat lunch and dinner,” said Holder with a laugh. “I had an elk urine scent in my pack. It was a paste, kind of like firm butter, and it was in a Ziploc bag and didn’t leak or anything. But the scent was so powerful that my peanut butter and jelly sandwiches soaked it up anyway.

“The aroma was so strong that it was like you were biting into the paste itself.”

In the spirit of today’s LOL (laugh out loud) social media commentary, anything for an elk, right?

Yes, says Holder, although he’s a bit more wise these days in how he controls human odor.

“I don’t use sprays and scents too much these days since we utilize ozone producing products to help with scent control,” said Holder. “We use Scent Crusher products and in our minds, they certainly work.”

Just a couple of weeks ago, Holder was reminded of the effectiveness of ozone products – which also include the Ozonics units that other Outdoor Channel hunting personalities swear by – when he was on a Wyoming antelope hunt.

“We had our (ozone) unit on all day long and nothing winded us,” he said. “But then the battery life gave way and in the five minutes it took us to find and put in the new batteries, a few animals came in and busted us.”

Needless to say, that experience made Holder an even bigger believer in ozone generating units that gobble up human odor.

So did another experience from that same antelope hunting trip to Wyoming.

“One of my sons killed an antelope and he took care of it while I filmed and did some other stuff,” said Holder. “When we were all done, I helped him pick it up and put it in the back of the truck.

“I didn’t get any blood on me or anything like that, but if you’re ever hunted antelope, you know that they have a strong, musky odor from a gland on their body,” he added. “When we got back to the hotel, I took a whiff of myself and thought ‘Good Lord, I reek and smell like that antelope!'”

Holder took his hunting gear off, put it in a Scent Crusher ozone bag and turned the unit on.

“I put them in there for 30 minutes time and when I took those clothes out, there was absolutely no antelope smell at all,” he said.

Holder points out that humans have little trouble pinpointing strong and offending scents like elk urine or an antelope’s musky smell.

But the truth is that we also have a lot of trouble when it comes to detecting our own human odor, particularly on warm early season hunting days.

Add in the fact that a whitetail – with a nose that is infinitely more adept at detecting scent than our noses are – can smell human scent from hundreds of yards away when the wind is right, and it becomes apparent that controlling human scent is indeed a big challenge for early season hunts.

Does Holder have a final thought for early season whitetail hunters to consider when battling the heat?

“If you’re running late and it’s 85 degrees, you’ll be sweating your rear-end off and that makes it harder to get past a whitetail’s nose,” said Holder. “When a guy is on time, he can stay in the shade, go slowly towards his stand and keep perspiration down.

Holder adds that even after his days as a Montana firefighter, which often included battling wild rangeland fires, he works hard to maintain a physical edge as an Iowa whitetail hunter.

“Believe it or not, being in good shape physically, from working out and eating right and taking care of yourself, it helps out,” said Holder. “Being in shape will help keep you from sweating as much and that can help you keep from being busted by a whitetail’s nose.

“I’m the worst sweater in the world and if I’m overweight and out of shape, then I sweat even more.”

Admittedly, these three pieces of advice – wearing the right clothing, effectively dealing with human odor in the field and being on time so that you don’t sweat – may not be the kind of whitetail killing advice that some hot-weather hunters might be seeking.

But such advice has worked for Holder and his family, even as they film a Golden Moose award winning television show while trying to take down a mature Midwestern bruiser buck on camera.

Put Holder’s advice in practice and perhaps you’ll end up sweating a bit this fall as you pack out a load of venison and speed dial the number of your favorite taxidermist.