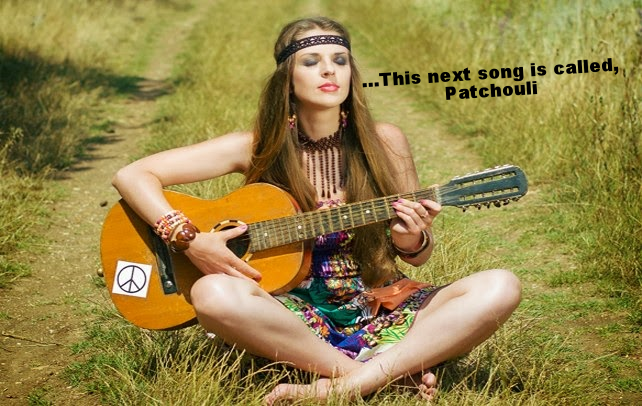 Patchouli oil.  Why?  WHY??!!!  I can’t go anywhere in Missoula, specifically, without getting kicked in the face by a wall of patchouli oil–and I think it stinks.

Now, keep in mind, this is just my personal opinion, as I have no idea if anybody else with MontanaOutdoor.com likes the smell of the stuff, so I am not representing everybody with MontanaOutdoor.com, but I personally don’t like that scent…at all.  So, this made me think….why on earth would people intentionally put that on their clothes, their body, their dreads…anything?  WHY do they think it’s a good idea?  Is it just the smell?  They really like that?  I know people are different and like different things, but it seems that mostly only certain groups of people like the smell of it.  So, I did some research.

I found some reported benefits of patchouli oil that may possibly explain why so many dirty birds wear it (I’m not saying everybody who wears it is dirty, but hippies that don’t shower are linked with patchouli oil usage to cover up the scent of marijuana and their dirty smell..Google it!) and why so many people who are into natural healing remedies like it.  Patchouli is actually a species of plant from the genus Pogostemon. It is a “bushy herb of the mint family, with erect stems, reaching around 75 centimetres in height and bearing small, pale pink-white flowers.”  (via Wikipedia) The patchouli plant’s oil is beloved by many–especially in Missoula.

Here are some reported benefits I found from Organic Facts: 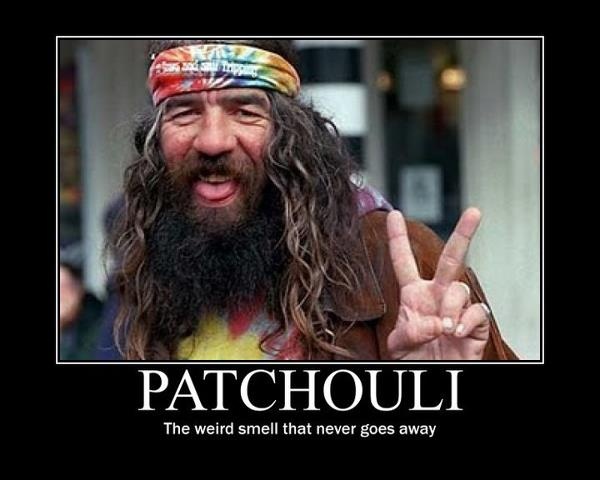 Okay, so it is said to have a ton of health benefits.  I get it.  It is a free country–use it all you want…enjoy it all you want–I’m not saying just because I don’t like it you don’t have to disike it….I just can’t fathom how that horrid smell doesn’t bother the people that wear it as perfume or even use it for medicinal purposes!  As a trapper, I am around skunk smell and many other scents that come from carcasses quite often, and I would rather have dead animal/skunk gland-scented candles than smell patchouli oil.  I’m seriously perplexed as to how people think it smells good–all health benefits aside.  And I know we are all different.

So, anyway, my rant is over now.  The next time you are punched in the nose by the smell of patchouli oil, you can know that they may not be wearing it as a perfume to try and cover the scent from being dirty, but they may be seeking health benefits.  Or maybe they aren’t–I don’t know! I would like to think that is why they choose to wear it!

I just need to know–do people who love patchouli oil seriously like the smell of this stuff, or are they actually trying to get the health benefits?  The way some people liberally (punny) use it, I am pretty sure they like the smell.  I just don’t get it!

“Hey, that patchouli oil smells so good!” — said no sportsman ever….at least that I know.  And I’m not saying I know all sportsmen…I just really, really don’t get it.  I like to at least try to understand the opposite side of things, and I just can’t understand this!  How can different groups of people with such different beliefs share such different physical reactions to something, too?  I get that there are exceptions, but it is really just mind boggling to me.  At least there are potential good things coming from it for the people wearing it?  That is the most positive I can be about it.