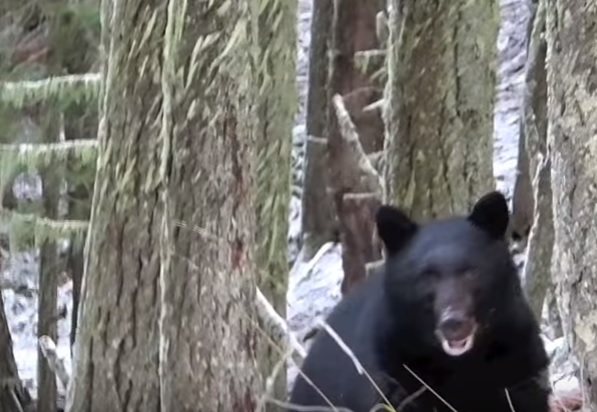 This bear began exhibiting bold behavior around people in 2015. At that time, Wyoming Game and Fish personnel captured the bear, tagged it, and relocated it to the Caribou-Targhee National Forest. In 2016, the same bear entered campsites in the Heart Lake area of Yellowstone and destroyed backpackers’ tents, sleeping bags, and sleeping pads. National Park Service staff attempted to change the bear’s dangerous behavior through the use of electric decoy tents, electric food sack decoys, and by hazing with bean bag rounds, rubber bullets, and cracker shells. These efforts failed. Attempts to trap the bear also failed.

Hikers reported observing the bear around campsites and investigating tents in the Heart Lake area in 2017. On the evening of August 26, the bear forced a group of three backpackers out of their campsite near Heart Lake and consumed all of their food. In response, Yellowstone closed the area to backcountry camping on August 27 and set traps for the bear on September 1. The bear was captured and killed on the morning of September 8.

This incident serves as an unfortunate reminder that “a fed bear is a dead bear.” Allowing bears to obtain human food even once often leads to them becoming aggressive toward people. All of us play a role in keeping both bears and people safe. Learn more about what you can do at go.nps.gov/yellbearsafety.