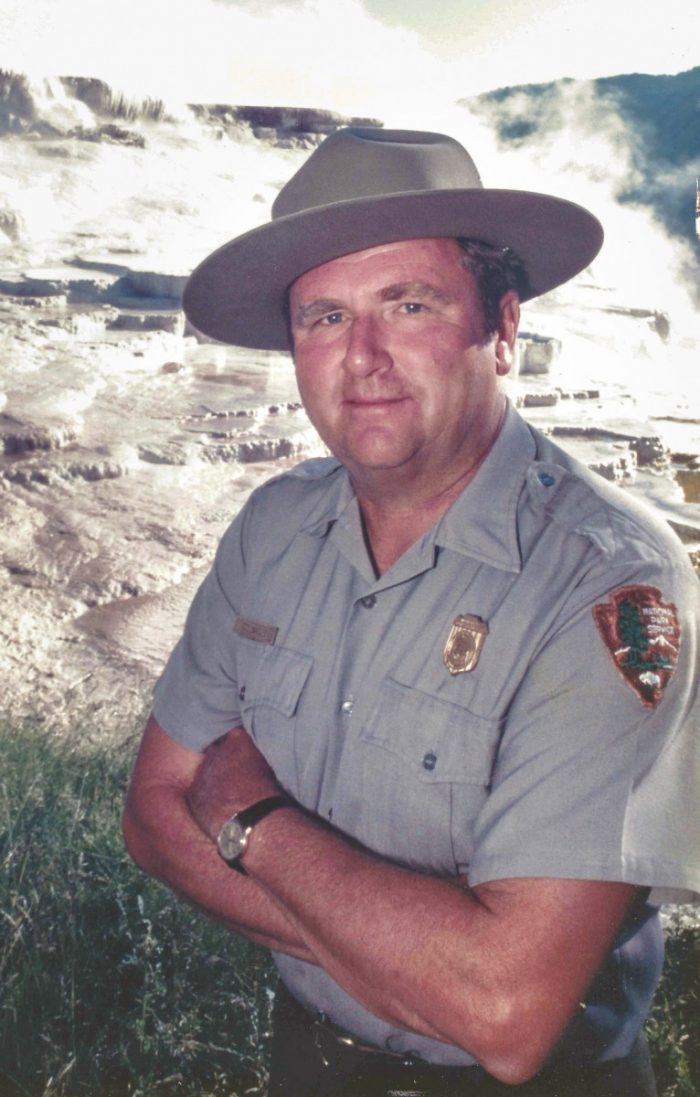 Former Yellowstone National Park Superintendent Bob Barbee passed away on Sunday, October 2, at home in Bozeman, MT with his wife of 58 years, Carol, by his side. He was 80 years old.

“The current and past employees of Yellowstone National Park send their deepest condolences to the Barbee family,” said Superintendent Dan Wenk. “Those of us who had the privilege to work for and with Bob all owe him a debt of gratitude. He gave us the ability to deal with complex issues and the humanity and compassion to engage with our advocates, adversaries, and colleagues.”

Barbee was born on November 12, 1935, in Columbus, Ohio. He graduated from Colorado State University (CSU) in 1958 with an undergraduate degree in Biology and returned to CSU earning a Masters in Natural Resources Management in 1968. He served a stint in the U.S. Army ROTC in Fort Benning, GA.

Barbee was a passionate outdoorsman, an expert alpinist who summited all of Colorado’s 14,000-ft. peaks. He was also a marathon-level runner and a downhill and cross-country skier. A gifted photographer who studied and worked with Ansel Adams in Yosemite, he and his wife Carol visited all seven continents while he photographed the world’s great natural and cultural areas.

Throughout Barbee’s life and career he was devoted to his wife and three daughters. Together they shared adventures far and wide climbing mountains and hiking thousands of miles in America’s national parks and other great breathtaking places.

The legions of National Park Service employees who knew and worked with Barbee remember him with great fondness, not only for his wise and effective leadership but also his unfailing friendship and brilliant sense of humor. In all ways he exemplified the highest standards of American citizenship, and like the National Park Service’s founding Director, Stephen Mather, there will never come an end to the good that he has done.

Barbee was honored by his alma mater as a distinguished alumnus. He was recognized with the Department of the Interior’s three highest honor awards (Superior Service, Distinguished Service, and Meritorious Service) along with numerous other special awards including those from the White House and the National Parks Conservation Association.

Cards of condolence can be sent to the Barbee family at the following address: Debbie Barbee, P.O. Box 942, Wilson, WY 83014.

A celebration of Bob’s life will be held in May 2017 in Yellowstone National Park. The date of this event will be announced later. The family is setting up a website for friends to post memories of Bob. Once the website is available, the address will be shared by the Coalition to Protect America’s National Parks.

Bob’s cumulative achievements within the agency and in particular in Yellowstone are too numerous to recount. However, he will always be remembered for his handling of the epic 1988 Yellowstone fires and how he persevered through the intensity of that long summer. He faced hordes of people, thousands of news media, and an endless stream of politicians all wanting to dictate how he should be managing the fires.

With the hindsight of some 28 years now, it is clear Bob’s leadership in managing the extreme fire situation in 1988 ultimately shaped the future of federal wildland fire management policy. Today many of the methods used in Yellowstone in 1988 are now mainstream tactics in managing large wildland fires for resource benefit, economics, and most importantly for human safety.

Anyone fortunate enough to know Bob also knows his extraordinary partner and spouse Carol. Together they shared their lives in some of our nation’s most iconic landscapes, raised three daughters and are the proud grandparents of seven grandkids. They have entertained presidents and kings as well as seasonal park employees who had no place to sleep for a night or two between jobs. Their hospitality is legend and many a national decision was made around their kitchen table or campfire with some of the nation’s highest officials.