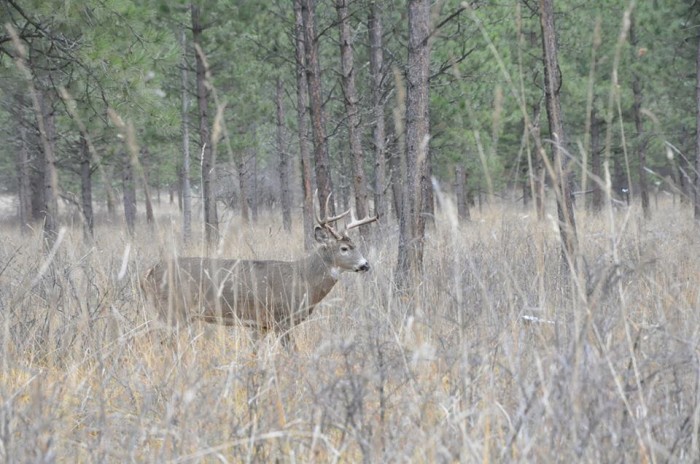 FWP biologist Chris Hammond notes that although harvest numbers are down in 2017 for white-tailed deer, mule deer, and elk in Region One, it is too early to predict where the harvest will be by the end of the season. If changes in the weather forecasted for later this week hold, hunters could experience more success this coming weekend.

As a reminder, only antlered buck whitetails are legal on a general license until the last week of the season. From November 20-26, hunters can harvest an antlerless whitetail on private property (excluding corporate timber lands) on a general license. Hunters with a permit to hunt from a vehicle, as well as apprentice and youth hunters under the age of 16, can harvest antlerless whitetails all season long.