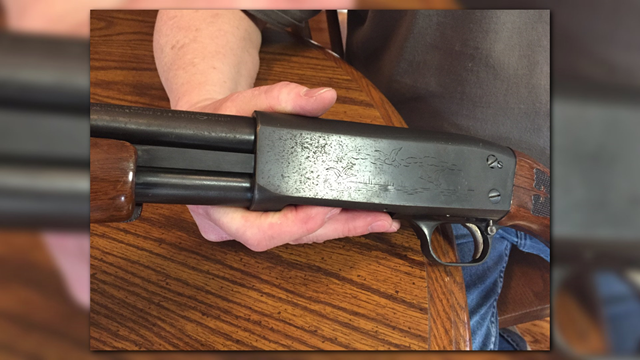 Shotgun Recovered After Stolen 40 Years Ago
By angelamontana Have you ever had a firearm stolen and assumed you would  never see it again–or heard of/known somebody whose firearm was stolen?

Well, Don Wiebenga, from Grand Haven, Michigan, had his shotgun stolen right out of his pick-up during the Great Lake state’s hunting season back in 1977!  According to WZZM13, Wiebenga was certain he would never see it again after reporting it stolen–just another good reason to have all of your guns’ serial numbers written down in a safe place.

Well fast forward 39 years later, and Wiebenga got a phone call stating that after a traffic stop in Texas, his Ithaca shotgun was RECOVERED!

Then the phone call last summer.

Police near Austin, Texas stopped a young male driver for a minor traffic violation. In his vehicle and properly stored for transportation was a shotgun the Texas police officer just happened to check.

In February of 2017, when Wiebenga’s shotgun was back in his possession, and boy oh boy, he was wishing his firearm could talk.

“It has a few dings on the stock,” he said. “Just wonder where that gun has been.”

Wow.  Isn’t that something?