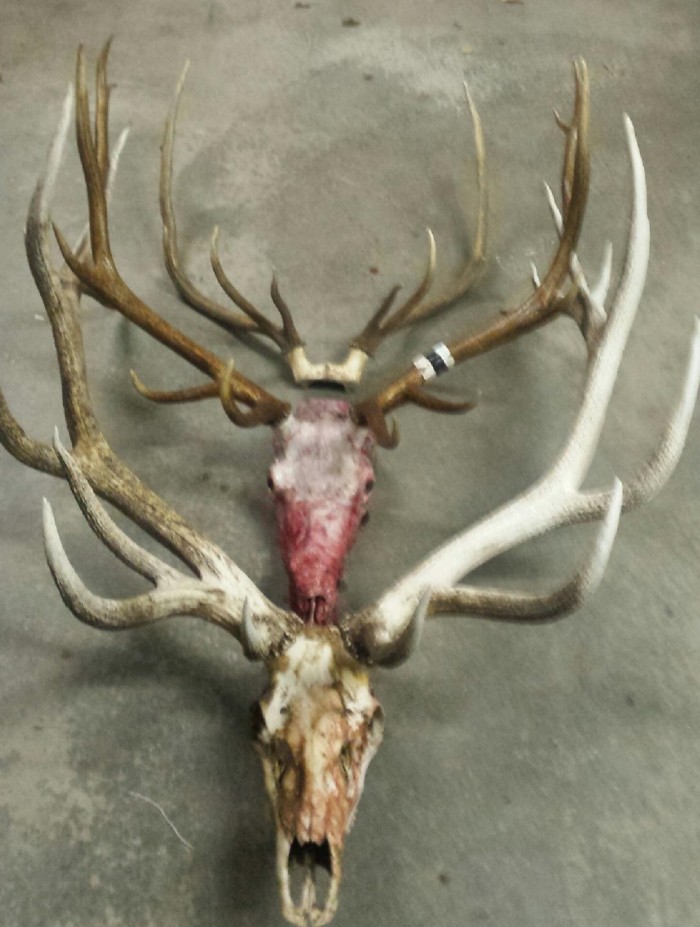 Three Times A Charm For Elk Hunter
By Toby Trigger

Three is often used to describe odds.  Three is a charm, three strikes and you’re out, bad things come in threes… so which is it?

For one do it yourself Michigan hunter Alan Schlappi three is a charm, atleast when it comes to elk hunting. In 2009 he and his son Eli (then 16) hunted in Idaho and never saw an elk.

They returned in 2015 and struck out but did manage to see a few elk.  Then on a recent return trip (2017) they both tagged out on bull elk on opening week of the general season proving that persistence pays off. 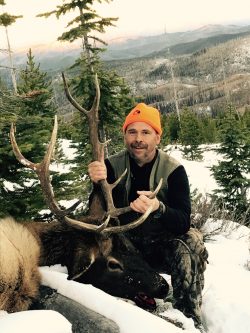 As for Eli who is now a 24 year old Airman on military leave… he shot his first elk too but didn’t take a photo. When pressed for a photo he sent a pic of the ivories.  That’s almost better than nothing! (Surely I jest)

Congrats on a job well done guys! (Except for not taking a photo of your first elk! Everything else was a good…)