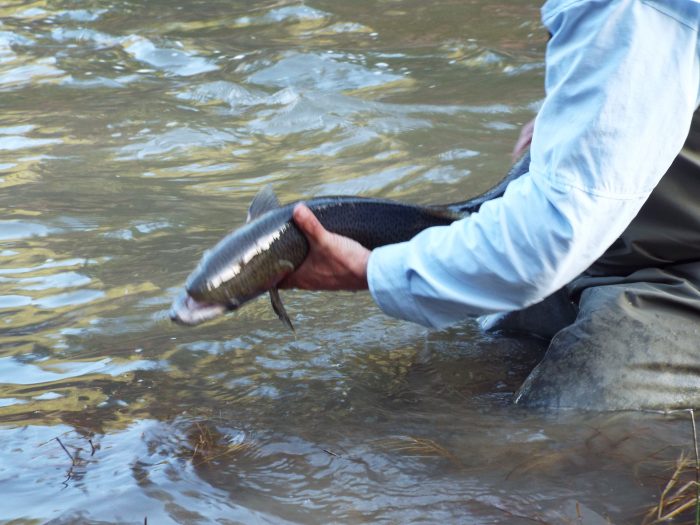 As of Sunday, October 15th, anglers on the upper Salmon River are allowed to harvest two adipose fin-clipped steelhead per day with no length restrictions. Additionally, the possession limit was reduced to six steelhead, and the season limit remained unchanged at 20 steelhead per season.

Currently, the Salmon River is flowing at 1,770 cfs through the town of Salmon, ID which is 138% of average for today’s date. On Sundaythe river was clear, and water temperatures were in the mid-40s.