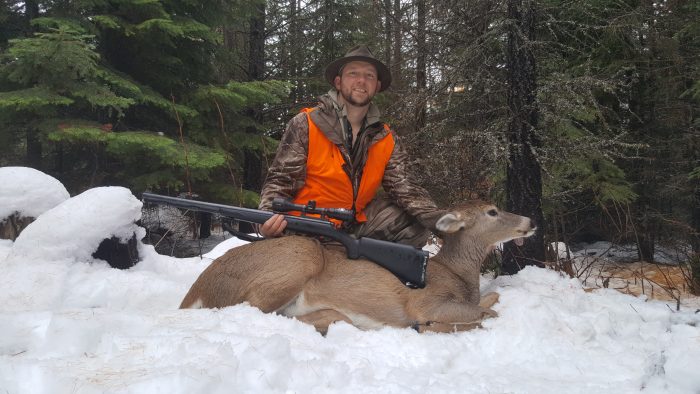 I was challenged one time by a non-hunter about why I “hold out” for a trophy buck if I claim to be utilitarian.  I did my best to explain that I get doe permits to make sure my freezer stays full but I don’t shoot the first buck that I see because I don’t want my season to end too soon.

He didn’t understand.  I could tell because he went on and on about utilitarian hunting and mans earliest skills were for meat and nothing else… I’m calling B.S.!  You can’t tell me that those buck skin clad cave men carrying bows and flint knapped arrows didn’t love hunting as much as I do! 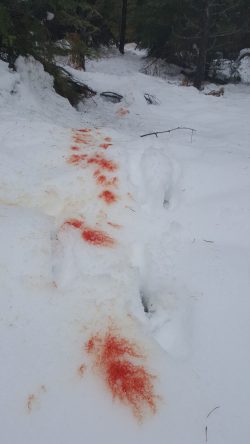 One thing is for sure, I like to change things up once in a while and I love to hunt.  I love cold mornings, hunting in the rain, snow, sunshine, wind blown-snow covered hillsides or crunchy leaves it really makes no difference.

But when I drew a doe permit for an area near my cabin in Northwest Montana I decided to make it even more fun by using a muzzleloader.  I know there is some purist out there who will rail me about my muzzleloader being an in-line with a scope.  So what? It loads at the muzzle don’t it?  I could have used a rifle or a bow or I could have drummed up a bonafide flintlock and any of those would have been great but this is the one I had.

The hunt was pretty much like any doe hunt in these parts. I walked quietly along a two track road in the woods and when I saw a doe standing there looking at me at about 40 yards I shot it.  Not much of a story EXCEPT that I used a muzzleloader.  Now the story is interesting because I added an element of challenge, a new tool and it was fun. 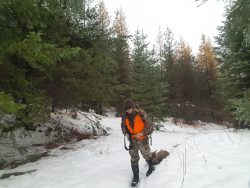 Like the first time a cave man used a steel blade, he probably wrote about it on the wall of his cave because after shooting a few thousand arrows tipped with rocks he was bored.

Now we tip arrows with rocks because we get bored shooting stuff with steel blades.  Funny how that works isn’t it?