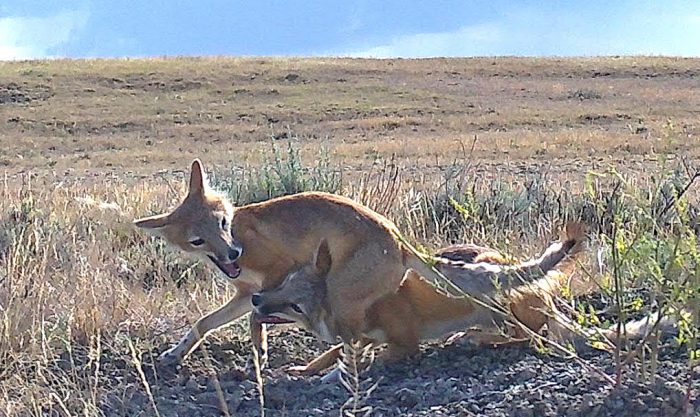 That May Not Be A Coyote (by Brett French)
By angelamontana

Swift foxes, tiny natives of Montana that are smaller than red foxes, were thought to be locally extinct in Montana in 1969. Then in the 1980s Canada began a program to raise and reintroduce the animals, which slowly migrated south into northeastern Montana. Last year, Montana Fish, Wildlife and Parks put out an alert asking people to contact local biologists if they see swift foxes. Now it looks like maybe the animals have existed in small pockets around the state for some time.

To find out more about these cute little animals, check out my story at Montana Untamed at http://bgz.tt/0tv6s.