R2: Hunting Season Ends with Harvest Up
By angelamontana

The 607 white-tailed deer inspected through the Anaconda, Bonner and Darby hunter check stations is 3 percent higher than last year’s total, and the highest since 2008.  With 507 whitetails checked, the Bonner Check Station accounted for 84 percent of the harvest, which was the highest at Bonner since the check station began operating on weekends-only in 2009.

“We’ve seen a steady climb in whitetail harvest since 2014, which correlates with our sense of a growing population,” said Mike Thompson, Montana Fish, Wildlife and Parks (FWP) Region 2 Wildlife Manager.  “This information is a good check on our thoughts of restoring some antlerless harvest opportunities for the 2018 hunting season.” 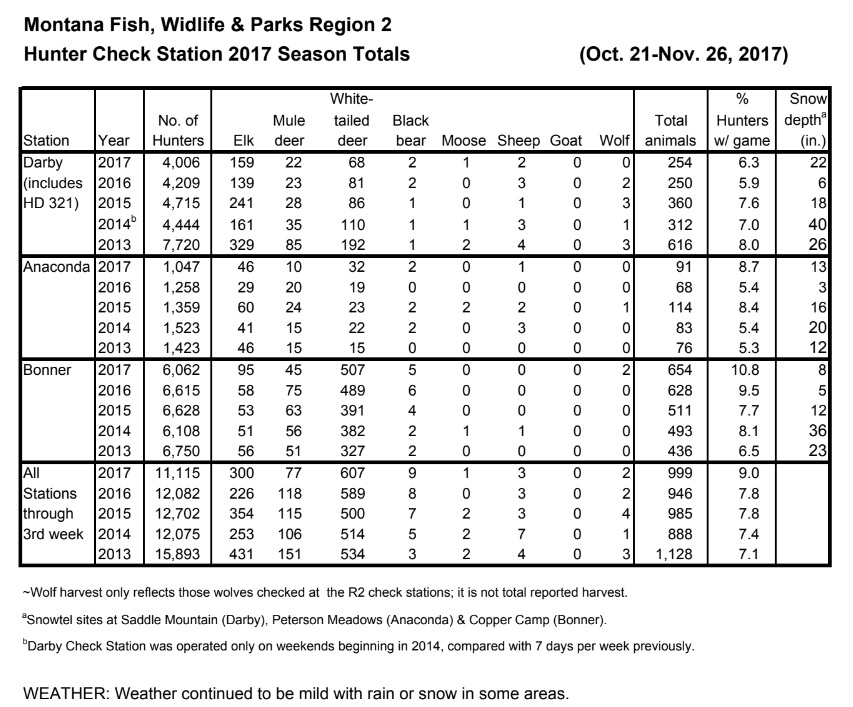