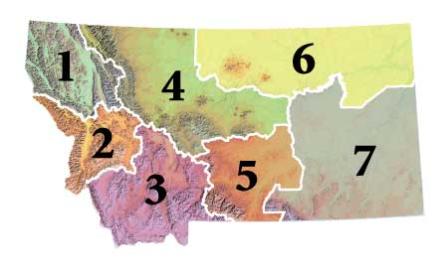 Recent winter weather on the Rocky Mountain Front has led to an increased elk harvest, a state wildlife biologist said.

The numbers were collected at FWP’s check station in Augusta.

“The significant change in weather bringing colder and snowier than normal conditions for this time of year is helping hunters out: tracking game, finding game, and pushing them down from more backcountry areas,” Lonner said.

Mule deer numbers are almost right on the long-term average, while the white-tailed deer harvest is nine percent below the 10-year average.

“Deer hunting and harvest usually starts picking up the latter half of the season once the rut starts,” Lonner said

Mule deer at the check station have numbered 87 (76 bucks, nine does and two fawns). The 10-year average is 89 animals.