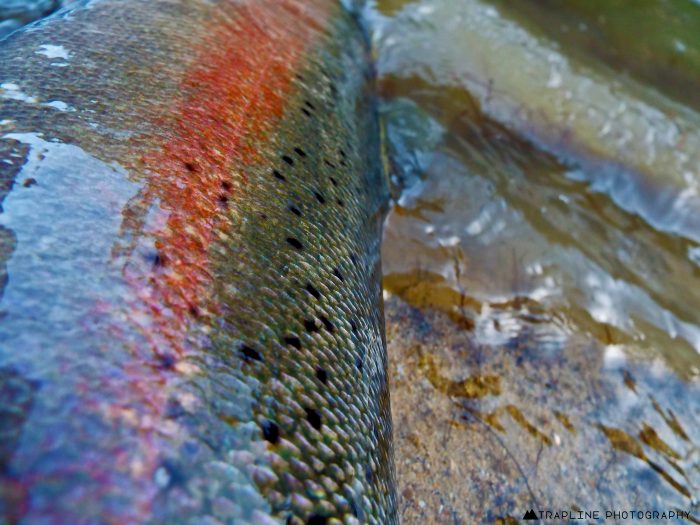 Currently, the Salmon River is flowing at 1,770 cfs through the town of Salmon, ID which is 134% of average for today’s date. Over the weekend, the river’s temperature dropped to near 40° F with cloudy visibility.